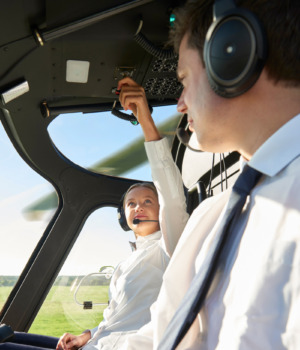 Many owners, unable to find a permanent crew due to the pilot shortage, are turning to contract pilots. Others find that they prefer them. But even if you use contract pilots only when your own pilots are in recurrent training or on vacation, be aware that the rules are changing. What will it take to hire contract pilots in the days ahead?

The benefits associated with being a full-time contract pilot are compelling. They can control their schedules by accepting or rejecting trips, which improves the “quality of life” aspect of flying increasingly important to today’s younger pilots.

But the downsides include: no regular paycheck, responsibility for training expenses ($30-$50,000 a year), health insurance, workers compensation, and liability coverage ($30-$40,000); plus payment of the full FICA tax at 15.3%. Interestingly, some contract pilots roll the dice when it comes to insurance, which can be problematic both for the pilot and the aircraft owner/operator should a claim arise.

So what are the actual economics of being a full-time contract pilot? A pilot charging $1,200 a day, who flies 15 days a month or 180 days a year, could earn a gross annual income of $216,000 a year. Given the estimated expenses above, that equates to an average pre-tax income of approximately $121,000. Assume that the contract pilot has a non-exclusive anchor client who agrees to pay for his or her training in exchange for a commitment of 10 days a month, at a discounted rate of $1,000 a day. This payment is made monthly whether the pilot flies or not. So that pilot forfeits $24,000 in income, but saves $50,000 in training expense, which nets another $26,000.

Why Use Contract Pilots?

From an employer’s perspective, using contract pilots can be advantageous. Companies with healthy benefit packages may pay as much as 30% overhead on a pilot’s annual compensation. So employing one permanent, full-time pilot for $150,000 a year actually costs $195,000.
Depending upon your company’s needs, using contract pilots for upwards of 120 days a year could net savings of 26% in labor costs. But be mindful of the pitfalls of using contract pilots who are not properly trained or insured. Exercising due diligence is critical for both the company and the contract pilot.

Because of the need to cover most of their own expenses, it looks like contract pilot rates are only going to go up – not necessarily a negative, considering the advantages for those employers who want to keep both their head count and basic overhead down. BAA

William Quinn is the Founder, President, and Chief Executive Officer of Aviation Management Systems, Inc (AMS). He has been actively involved in the business aviation industry for more than 40 years.