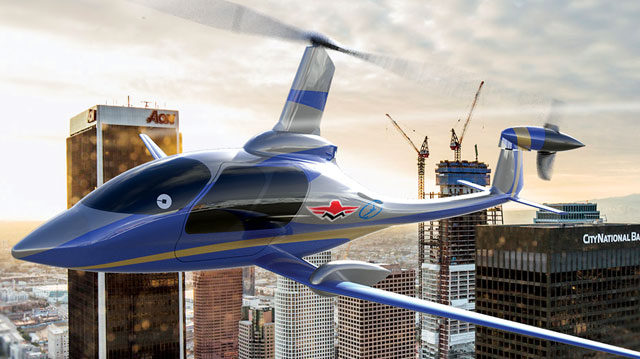 The “Disruptors” – those companies attempting to reshape the way consumers interact with services or goods – made a splash at the recent Uber Elevate conference in Dallas, Texas. Uber, known for disrupting the on-demand ground transportation industry (taxis), is working to apply the same concepts to the on-demand air transportation industry by conceptualizing a network of electric vertical takeoff and landing (e-VTOL) aircraft for personal and shared mobility.

The disruption comes as the result of the convergence of two technological and behavioral trends. Technology comes in the form of apps that can be accessed from any personal device, as well as the use of Big Data, ad hoc scheduling systems, and of course the personal eVTOL helicopter-like aircraft that are a hybrid of UAVs (Unmanned Aerial Vehicles, or “drones”) and helicopter technologies.

The more significant disruption, however, is the societal trend toward the so-called “Shared Economy” – that is, people who are now willing to share assets on a short-term, ad hoc basis. There is a new generation who is very comfortable with sharing – albeit for a fee – their car, their home, and even their helicopter ride in order to lower costs.

The “Shared Economy” trend, and the technology that enables it, may have long term effects on the use of business aviation – but at a price.

While Uber and others are concentrating on the aeronautical technology to enable a fleet of autonomous, electric-powered eVTOL aircraft, the societal changes that will enable this trend are happening much more quickly.

The “Shared Economy” for business aviation has been years in development. Among the first to conceptualize ride sharing were DayJet and Pogo, two companies who were working to take advantage of the upcoming very light jets to create “air taxis.” Although neither company survived, they paved the way for today’s entrepreneurs like Wheels Up, Surf Air, and Blade. As more passengers are willing to share a business aircraft or helicopter, new technology may even disrupt today’s disruptors.

One of those working to redefine these technologies is EvoLux, founded by Ray Leavitt. Leavitt was part of the original DayJet VLJ (Very Light Jet) team. He saw the need for a platform in which clients could create their own trips among themselves – a concept known as “self-aggregation.” EvoLux recently won the Sikorsky Innovations Entrepreneurial Challenge Competition for its social-media-integrated platform aimed at enabling “ad hoc self-aggregation.”

If you choose, soon not only will you be able to share a helicopter flying a known route at a known time, but you will, through social-media-like technologies, be able to define your own itinerary, and post it to specially designed platforms, so others who want that same trip can join you – lowering the cost for everyone. The looser the constraints that the trip originator puts on the trip (“I can leave anytime on Thursday,” instead of “Thursday at 4:00 p.m.”) the more likely that others will join, and the lower the price per seat will be. This ad hoc self-aggregation could greatly enhance the flexibility of business aviation by allowing the “shared economy” to be applied to any city pair for true point-to-point transportation, rather than depending only on the most frequently traveled routes (such as NYC to East Hampton, or White Plains to West Palm Beach).

Of course, the true benefits of business aviation will always be the convenience, privacy, security, and flexibility that it affords. (See “Four Checkpoints for Personal Safety,” page 18). A primary benefit of business aviation is specifically that it is not shared. However, for those who don’t mind sacrificing their privacy, have some flexibility, and maybe even look forward to meeting new and interesting people on each flight – as well as saving money – the “shared economy” may have some great things in store for business aviation. BAA 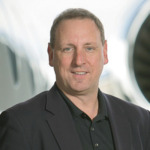 Scott Ashton is President and CEO of Aerox Aviation Oxygen Systems. He is an ATP rated pilot and serves as a volunteer pilot and Board Member of Patient Airlift Services (PALS).