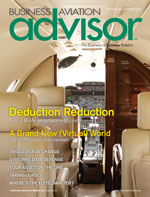 Entertaining thoughts about what the new tax laws mean for your bizav travel? They’re a decidedly mixed bag for business aircraft owners and charterers: better for aircraft depreciation schedules – including preowned aircraft – but not for entertainment travel expense deductions. In Deduction Reduction, Alan Goldstein, CPA, details which business aircraft operating costs remain deductible – and when.

Those new depreciation rules are spurring many companies to buy their first aircraft. Most are opting for management companies to operate their aircraft, rather than starting their own flight department. And many existing owners are making the move to pooled operations. Find out why in Triggers for Change, by Tom Connelly. 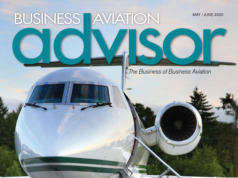 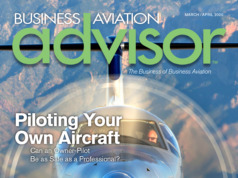 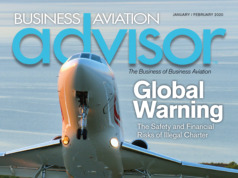