Home Aircraft Finance Back in Balance? 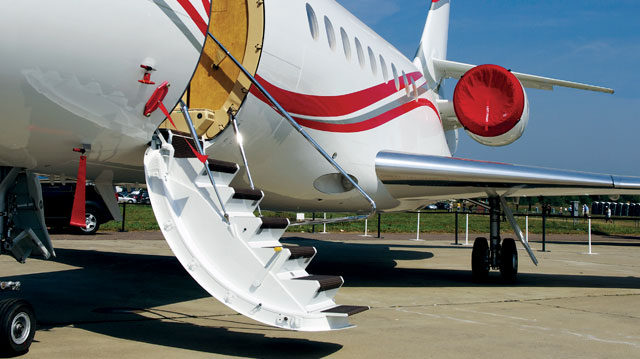 While business aviation flight activity is on the rise after the sharp post-crisis downturn, a quick glance at residual value trends indicates that we are not yet at full recovery. Business jet inventory-for-sale levels are hovering near 11% worldwide – back down to pre-2008 levels – but prices and residual values for pre-owned aircraft continue to decline, suggesting that supply continues to outstrip demand.

Well, yes and no. Many consumer markets with relatively low barriers to entry are naturally unbalanced, as competitive forces ebb and flow as customers actively shop the competition in search of better deals and more appealing options. But in business aviation, barriers to entry are generally quite high, especially for the highly regulated aircraft OEMs and their aerospace suppliers, due to the lead time and cost to develop and certificate new models.

Back in the “good old days” of 2003-2007, when prices were firmer and residual values were relatively stable, few, if any, analysts were saying that the markets were balanced. The various supply chains were stretched to capacity, straining to keep up with demand and the incoming flow of aircraft orders. That market favored both OEMs and pre-owned aircraft brokers.

It makes intuitive sense that lowering the price of entry will encourage more people to consider and purchase or use a business aircraft. The advent of business aircraft fractional ownership some thirty years ago broadened the market of potential customers by dramatically lowering the cost of entry as well as the exposure of an individual shareowner to residual value risk. Jet cards and other lease-type products are in demand by customers whose needs for lift are irregular and whose appetites for residual value risk or tax benefits associated with ownership are more modest.

With talk of “Uber-of-the-Air” and other disruptive types of business models, it is likely that we will see some similar entrepreneurial success story written in business aviation. Without underestimating the massive capital investments and time required to ultimately succeed with such a venture, the expansionary impact on the industry could be dramatic. This may provide more than enough upside potential to warrant some serious experimentation by well-funded aviation-oriented entrepreneurs.

The recent rash of new aircraft discounting by OEMs that has dampened residual values hangs like a heavy cloud over the industry. Clearing away this cloud is – or at least should be – an industry imperative. Why?

Those sharply lower-than-expected residual values have caused many current aircraft owners to hang on to their aircraft, despite their age or the allure of an all-new design. The gap between the price of a new aircraft and the trade-in or residual value of an existing model has grown dramatically post-2008, to the point where it is a clear factor in delaying replacement purchases.

Three consecutive worldwide surveys of business aircraft owners and operators, recently conducted by JETNET IQ, confirm that much of the residual value problem can be explained by factors that ultimately are controllable. Among them are: heavy discounting, a proliferation of new and improved aircraft models, and delayed decisions to lower new aircraft production rates feeding the inventory glut.

So, while business aviation flight activity is up, thanks in some measure to commercial airline service missteps, there is more room for improvement. Lots more, especially for the well-funded entrepreneurial organizations seeking to deliver business aviation services in new ways to new and eager customers. BAA