Home Industry Update Business Aviation’s Recovery: Are We There Yet? 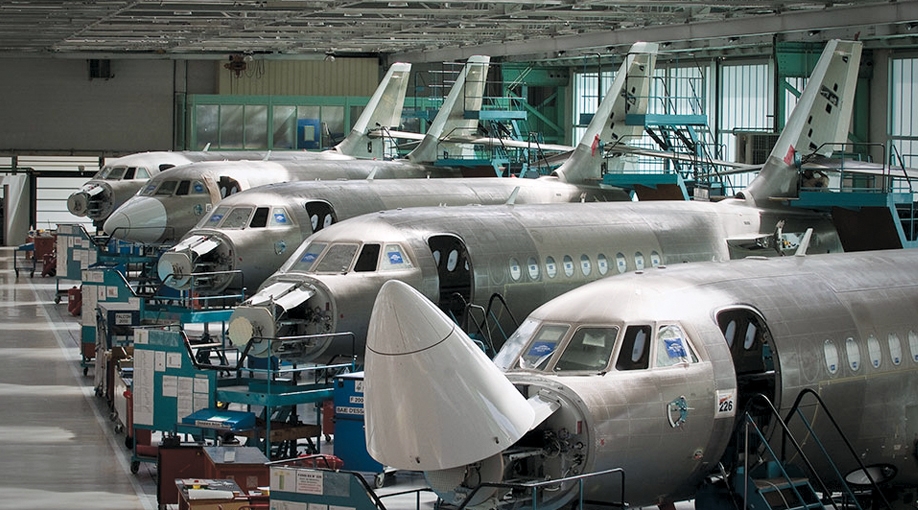 Business aviation’s “vital signs” are healthier than they have been for more than five years. According to the General Aviation Manufacturers Association, new factory deliveries, which fell almost 50% from their peak, have stabilized in the 650-675 jets per year range. Factory billings, which measure the dollar value of those new deliveries, topped $20 billion in 2013, a near-record level driven by the large, long-range jet segment, which rode out the recessionary storm relatively unscathed. Pre-owned for-sale inventories have declined from about 18% of the jet fleet to 12% — far lower for the more popular models less than five years old — with most of the decline occurring in the last six months. Business turboprop deliveries fell 36% from their 2008 peak to 2012 trough, but climbed a robust 20% in 2013, while pre-owned turboprop inventory was 7.8% at 2013 year-end, lower than before the recession.

So… Are We There Yet?

“YES!” says Gulfstream, which just closed out a remarkable year, surprising many with 144 customer deliveries, up 35% year-over-year. It completed and delivered more than forty G650s, up from just six in 2012, and completed 2013 with a healthy 45-month G650 backlog. Dassault’s Falcon and Bombardier’s Global families also turned in impressive 2013 performances, with the large-cabin, long-range jet segment that has continued to expand.

Factory billings, which measure the dollar value of those new deliveries, topped $20 billion in 2013

At the other end of the market, the turboprop segment’s available inventory for sale as a percentage of the fleet is now below pre-recession levels. Beechcraft, fresh from bankruptcy protection and readying for new owner Textron, completed a strong year, with flagship King Air family deliveries of 135 aircraft, up 52% year-over-year. Twenty-nine years after initial entry-in-service, Cessna’s venerable Caravan 208 — ably led by the long-awaited, higher-powered “EX” version — quietly celebrated its best-ever delivery performance in 2013.

Bracketed by these two strong markets, why is the middle still so sluggish? Orders, deliveries, and backlogs in the light and medium jet segments are down sharply during the last five years at all of the Original Equipment Manufacturers (OEMs), with pre-owned values still seeking a floor. The medium jet segment is held back by a sizeable proportion of owners who are “upside-down” in their existing loans, complicating trade-in decisions and casting a cold freeze of inaction into the marketplace. For example, Cessna’s midsize and light jet backlog is down more than 90% as the company retools and repositions for a future that includes larger-cabin, longer-range Citation jet models.

What Does This Mean For You?

The discounted, highly contested deals being written reflect an ongoing buyer’s market, with demand and supply forces not yet in balance.

Aircraft utilization levels are slowly recovering, and are expected to accelerate in the rest of 2014. US business jet cycles (one takeoff and one landing is one aircraft cycle) have, for the most part, tracked closely with changes in corporate profits through 2008. This relationship “came off the tracks” with the Great Recession. From their peak in 2007, cycles fell 28% before beginning a slow rebound in 2009. The FAA reported that annual cycles in 2013 were 4,043,300: up 17% since the 2009 trough year. Cycle improvement since the trough has been slow but steady as business jets have begun to return to the skies, fueled by renewed business confidence, investment, and ongoing profitability. However encouraging this trend, flight activity in 2013 was still 16% below that of 2007, despite the fact that the US-registered fleet has grown by 17% during that time.

So, are we in a full recovery? The answer is a qualified “yes.”

Many of the economic factors that have historically influenced business aircraft sales – corporate profits, stock market valuations, aging fleets, even consumer and business confidence – are pointing towards a broad-based recovery. R&D spending is at a high level, unlike the 1980s and other periods of doldrums for the industry. The skies are clearing, and buyers who recognize this will take advantage of the opportunities the new days will bring. BAA