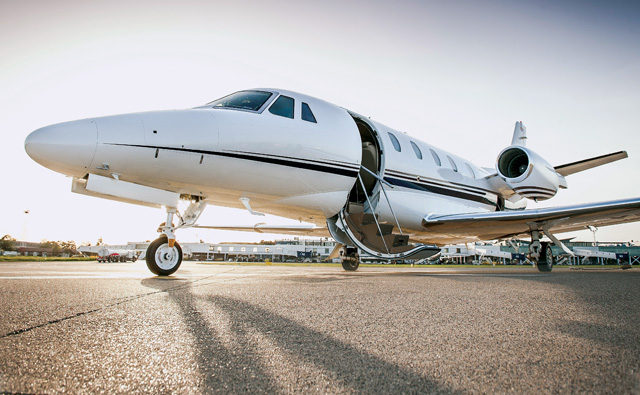 It takes only one flight for someone to grasp the advantages of business aviation. But deciding how best to access business aircraft – charter, jet card, fractional, whole aircraft ownership – can be a complex proposition.

Each has its distinct advantages, and there’s not a one-size-fits-all solution. Low utilization requirements often reinforce the decision to charter, join a club, or get a card. But as the need to fly increases, the value proposition may lose a bit of its luster. That’s when many people start to seriously consider aircraft ownership.

Beginning in the mid-1980s, the emergence of fractional programs made ownership a more practical option for those who needed less than full-time access. But while the infrastructure and manpower required to successfully operate a fractional program can deliver a fine customer experience, they also contribute to the highest cost of ownership.

So what do you do when your needs grow beyond charter or fractional?

Jumping straight to full ownership is a leap that many have considered but few have made. There’s a sole-ownership “no-man’s land,” between 100 and 200 hours of usage per year, where the cost of purchasing your own aircraft is difficult to justify financially. Some make the leap anyway and attempt to recoup some of their costs by turning the aircraft over to a charter company. But charter revenue seldom meets owners’ high expectations, and most don’t relish the thought of strangers putting wear-and-tear on one of their principal assets.

Another option, co-ownership, can be the ideal solution for some. Structured correctly, co-ownership can deliver the tax-and-title autonomy of a fractional program, and aircraft access that rivals owning a whole aircraft. It literally can cut the net cost of owning the aircraft in half while providing many benefits that even fractional can’t, including access to the specific aircraft you own, flown by your own crew.

Co-ownership is not a new idea. However, only two percent of business aircraft worldwide are jointly owned. If it’s such a great idea, why isn’t there more interest?

While the financial benefits are obvious, joint ownership has a somewhat checkered reputation. Owners have faced a multitude of challenges, from schedule hoarding to expense disputes. Further exacerbating the problem, many DIY partnerships inadvertently bake in risk, ambiguity, and entanglement. The result can be a negative experience for one or both partners and everyone else concerned. Consequently, most people – even those who would benefit the most – do not consider co-ownership. And when asked, many industry insiders have discouraged it.

But the tide is turning.

Just Do It Right

Co-ownership, properly executed, is a really smart way to own an aircraft. It’s a logical step for anyone outgrowing other options, and it also allows owners to fly newer or more capable aircraft than they could ever cost-justify on their own.

But for co-ownerships to be successful, the inherent issues must be tackled and the risks mitigated. With that in mind, here are six of those issues, and ways they can be addressed:

Co-ownership certainly is not for everyone, but it’s an option worth exploring as your travel needs evolve and grow. It’s the ownership strategy that delivers the lowest net cost of ownership, and it’s been systematically transformed into a smart, efficient way to access business aviation. BAA

Tom Bertels is chief marketing officer and co-founder of Partners in Aviation. The company’s mission is to help savvy companies and individuals cut the cost of aircraft ownership in half through co-ownership.