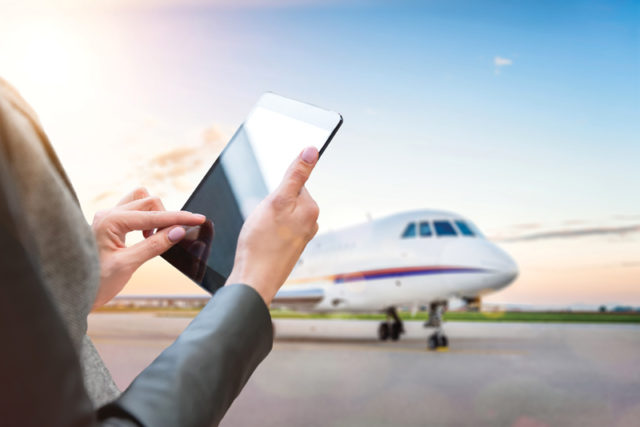 Not a single day goes by, it seems, without a sensational headline referencing the rapid depreciation in value of business jets. One recent article even proffered a value for the average bizjet at $8.9 million, and implied all had depreciated by 35% since April 2014!
It just isn’t so. Until very recently, there was a glut of pre-owned aircraft available for sale – a “hangover” from the 2008 market downturn. But now the inventory of pre-owned aircraft has shrunk, because owners have dropped asking prices to a level at which people are willing to buy.

Clearly, if you are a potential buyer, you need to be aware of the state of the market – the number of aircraft for sale, how many have sold, how long they’ve been sitting before selling, value trends, and so on. But there is no need to linger on the negatives.

There is good to be found!

The Pre-Owned Market: A Bright Spot

Pre-owned business jets still represent phenomenal value. Sure, the value of pre-owned aircraft typically continues to slide as they age. But the fact that depreciation after the first five years of ownership is pretty modest is a great story to tell. Buy a 2012 aircraft today and in five years, you will probably have lost no more than 2% or 3% of the value per year of your ownership. As an illustration, here are a few examples. The percentage given is the indicative residual value as a percentage of the original price of the aircraft when new.

While some of these aircraft have more upfront depreciation than others, none suffer a value erosion of more than 15% in the next five years. In fact, the average is considerably less – and in this context, totally irrelevant.

If you are just looking to find a “good deal” in the pre-owned market, however, there are lots of potential pitfalls. Purchasing a pre-owned aircraft is much more complicated than comparing spec sheets and similar make/model aircraft. Every aircraft is configured differently, and systems, configurations, modifications, and options all have a very real effect on aircraft market value.

It’s also important to understand and consider the total five-year cost of aircraft ownership and the importance of projecting its future maintenance and necessary modifications (avionics and instruments). Has it been modified for upcoming mandates, like ADS-B? Does it have Wi-Fi? When is its next major inspection due? How much time is on its engines? While the aircraft can be retrofitted, time spent at a maintenance, repair, and overhaul facility (MRO) means time you cannot use the aircraft.

With more than 2,000 pre-owned business jets for sale right now, you have a lot of choice. There are some great, aggressively-priced aircraft on the market, and you may need help to identify which is the best buy for your needs.

If you’re ready to purchase or upgrade an aircraft and have reliable expert guidance, consider the pre-owned aircraft market. Then you can enjoy the true benefits of business aviation – speed, flexibility, local access, improved security, comfort – and most importantly, better control of your valuable time. BAA

Tim Barber, Duncan Aviation Aircraft Sales and Acquisitions, represents the company in Europe, the Middle East, and Africa. A founder of JetBrokers Europe, he held directorships with businesses listed on the FTSE and the AIM.