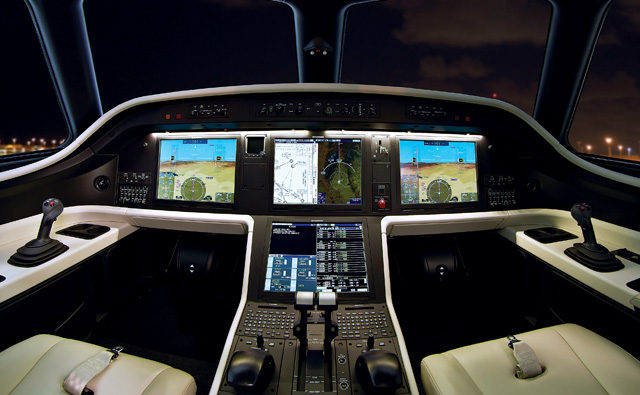 While innovation often is promoted as a competitive advantage, it’s the benefit to you, the customer, that determines its real value.
Early adapters using the first cell phone some 40+ years ago held in their hand a machine the size of a shoe box, with 20 minutes of battery time. Your smart phone today is millions of times more powerful than NASA’s total computing power in 1969.

That same year, a promising computer-assisted flight control system, Fly-by-Wire (FBW), first used at the dawn of the jet age in the late 1940s, was used to assist in one of the most pivotal moments in aeronautic history: the Apollo moon landing.

Modern digital FBW systems were born in the early 1970s, when NASA engineers recognized that by combining sensors and digital computers with navigational data and using wires – rather than mechanical links – to operate aircraft control surfaces (rudder, ailerons, flaps), they could improve aircraft performance and operational safety. FBW provides continuous monitoring and adjustments of those surfaces, to help ensure a smooth and efficient flight. It is designed to supplement, not replace, the pilot’s primary control of the aircraft.

FBW technology helped to create the world’s only reusable spacecraft and its first supersonic passenger jet, and was pivotal in the introduction of stealth technology to military aircraft.

Now, some 40 years after those NASA tests, FBW is the primary flight control system on almost every commercial jet sold today, and is the preferred technology on the world’s largest, most expensive business jets. And, for the past three years, it has become available to the midsize and mid-light aircraft buyer.

How Does Fly-by-Wire Work?

Hydro-mechanical controls, currently found on most in-production aircraft, use mechanical and hydraulic linkages to control an aircraft’s actuators. Both of these control systems interpret a pilot’s actions, with hydraulic systems using distance, and FBW using force, to determine the action required.

Just like the use of hydraulic systems, FBW augments the pilot’s command of an aircraft’s control systems. Without such control aids, a pilot would have to rely on his or her own strength to move a cable attached to each primary system, a feat that becomes nearly impossible with the size and speed capabilities of many modern aircraft.

The many safety advantages of FBW include:

While it took almost 40 years for Fly-by-Wire to reach business aviation, it is likely that your next new aircraft will feature this innovative technology, for improved safety and operational control. BAA