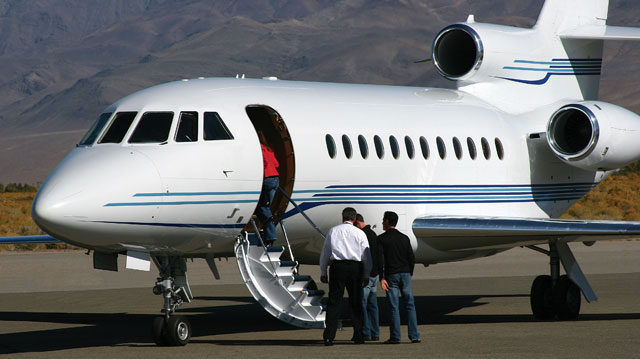 Whether you are buying your first aircraft or your fifth, the “pre-buy” process can be overwhelming. Follow these eight steps to make it easier and more efficient:

1
Identify the aircraft you’d like to purchase, and determine that you are willing to pay the costs of the pre-buy inspection.

2 Retain an aviation professional with specific maintenance experience in the make and model aircraft you’ve selected to travel to the target aircraft’s location to inspect it visually. That individual will look at the quality of the paint and the interior, paying close attention to areas likely to have corrosion, as well as to the overall condition of the aircraft. The trained eye usually can determine if the aircraft was hangared for most of its life or if it was run hard and not given meticulous care.

3 Conduct an initial review of the aircraft records. Look at their consistency from when the aircraft was manufactured, including the manufacturer’s build records (a detailed account of all work performed on the aircraft during production). They will describe any damage done and then repaired during manufacturing. Also look for any subsequent damage history and check that the interior fire-blocking paperwork is in order. These are the records confirming that the interior complies with the Federal Aviation Regulation (FAR) enacted to stop flames and toxic gas from spreading.

4 Move on to the formal pre-buy inspection, assuming you are satisfied with these findings and are ready to purchase the aircraft. Included in the official purchase agreement will be an inspection scope of work. As you select a location for the pre-buy inspection, make sure you are comfortable with the reputation of the facility, and that it has experience with the manufacturer of the aircraft you are purchasing. While you may go directly to the manufacturer for the inspection, avoid taking the aircraft to the facility that has been maintaining it, so as to prevent any conflict of interest. Once you’ve booked the facility, the inspection will take approximately two weeks – depending on what you and your advisors want to assess – and will cover many areas, ranging from examining the engine interior for damage via boroscope, to pulling up the floorboards in the lavatory, galley, and entryway to look for corrosion, among others.

5 Perform a thorough review of the records to ensure that all scheduled and unscheduled repairs and maintenance were completed, in accordance with FAA regulations.

6 Schedule the acceptance “test flight,” to check out the flight characteristics of the aircraft. This flight gives you and your advisors assurance that the aircraft operates according to the manufacturer’s specifications, and that all of the repairs are completed before you take acceptance. Include on the test flight an avionics technician, an interior technician, and a mechanical technician. While the seller’s pilot navigates, you can have your own pilot in the cockpit as an observer. Be sure that your “observer” pilot is familiar with the specific aircraft.

7 Invite your on-board experts to share any discrepancies they observed during the test flight, and to make a detailed list of any issues found. This list may include items such as: problems with avionics, trim issues with the flight controls, a dripping faucet, etc. Typically, the seller is responsible for repairing or correcting any items on the list, and these items will be included and agreed upon as part of the purchase negotiation.

8 Finalize your deal, and purchase your new aircraft.
With a good understanding of these eight steps, you’ll be better prepared to manage the pre-buy process, from choosing your aircraft to signing the deal. BAA

Ralph Michielli is the former Chief Operating Officer of ExcelAire, a Hawthorne Global Aviation company, where he served as technical liaison to aircraft owners. He is an FAA-licensed airframe and power plant jet aircraft technician.