After nearly eight years of market downturn, business aircraft activity – particularly in the light, mid-range market– appears to be on the rise, while the long-range, mid-sized to heavy jet market remains stagnant, due largely to the glut of good quality used aircraft.

Is now the time to buy? And if so, where will you look for financing?

A May 2016 study, conducted by Corporate Jet Investor, of 200 business aviation professionals reveals growing optimism. For example, slightly more than half (51%) expect the level of financing available to purchase business aircraft will increase during the next three years, compared to 21% who think levels of funding will fall.

In 2015, some 522 mid-sized to heavy business jets were delivered globally, with approximately 277 to the U.S., according to a General Aviation Manufacturers Association (GAMA) March 21, 2016 report. Although these numbers are down slightly from previous years, and current values remain depressed, the long term outlook for the sector appears to be improving.

This improvement may be due in part to the new specialist lenders that have entered the market in the past few years, as well as to increased lending from those already established.

Traditional banks and lenders are tightly regulated and are less likely to take large risks because they report to shareholders. They also face pressure to remain profitable in this market segment, where residual values fluctuate frequently.

Financed by private equity firms, specialist lenders are not subject to the same stringent regulations as banks, and are able to assume greater risks: an important factor in that large-cabin/long-range market, where good deals now abound. With purchase prices in the mid-to-high eight figures, aircraft acquisition financing potentially has a much greater impact on the prospective owner’s balance sheet, available working capital, or lines of credit with existing lenders than in previous years.

Also in this market, time frames for both planning and ownership often are significantly longer than for smaller aircraft. Owners and buyers therefore should address their financial structure over the longer term.

If you are in the market, particularly for a long-range, heavy jet, what can a specialist lender do for you?

Before you purchase your next aircraft, consider what a specialist lender can offer you. BAA 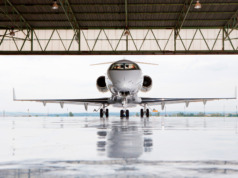