This past May, leaders of the business aviation community gathered at Farnborough to discuss pathways to sustainability. Twenty aircraft – including those manufactured by Bombardier (6), Cirrus (1), Dassault Falcon Jet (2), TBM (1), Diamond (1), Embraer (6), Gulfstream (1), Piaggio (1), Textron Citation (1), then flew on to the European Business Aviation Conference and Exposition in Geneva – all using Sustainable Alternative Jet Fuel (SAJF).

Although bizav is a frequent media target based on uninformed perceptions, it contributes only about 2% of the world’s global emissions. Still, that number can and should be reduced, said the General Aviation Manufacturers Association and the International Business Aviation Council in 2009, when they set industry targets to improve fuel efficiency and reduce carbon dioxide emissions by half by 2050, with the goal of carbon-neutral growth. Both organizations urge the industry to take action now, as robust growth in bizav traffic is predicted for the near term, due partly to decreased commercial airline passenger comfort and cities served.

What Steps Are Being Taken to Meet This Goal?

Electric Vehicles – There’s been a huge recent upsurge in the development of electric vehicles. Currently, more than 100 electric aircraft are under development, and nearly 20 companies are working on air taxis – making a midtown-to-airport trip quick and inexpensive. (See “eVTOLs Take Off,” BAA July/August 2019). The challenge is to create and safe-proof all parts of the eVTOL system. For the foreseeable future, though, electric vehicles will fly only short distances.

Sustainable Alternative Jet Fuel – Also known as Sustainable Aviation Fuel or Biojet Fuel, SAJF can be produced from corn, sugarcane, wood, or cleaned and refined used cooking oil. Each of these can be mixed with traditional fossil fuel at up to a 50% ratio. A common mix is about 30% sustainable and 70% traditional fuel. Any SAJF must meet global production compliance standards to be certain it meets all operational conditions and will not necessitate modifications to the aircraft’s engine, infrastructure, or airframe.

However, some challenges remain. The energy industry’s capital and profitability infrastructure is invested in 100% petroleum-based fuel – from exploration to refining, to pipelines and the transportation system. Currently, SAJF’s retail price can be up to four times higher than Jet A. Until user demand pressures producers, distributors, and FBOs to increase output in sufficient volume to reduce production costs and ensure a reasonable ROI – or until regulation mandates SAJF use – the price at the pump remains a significant obstacle. And although SAJF is now standardized and certified for use in all turbine powered aircraft, many owners and their flight department personnel wrongly believe that its use might increase maintenance expenses.

Recycling and Upcycling – Not just at the aircraft manufacturing stage, but also in operation and maintenance. The days of one-off aircraft interiors are waning. Eco-friendly materials, fewer interior completion options, and easily accessible and maintainable interior components with longer maintenance intervals make aircraft design and engineering more reliable and sustainable.

Trend Toward Shared Aircraft – There’s a generational shift away from independent flight operations and toward aircraft management and shared use models (fractional share and jet card providers). Millennials are less inclined to own and more willing to access business aircraft as needed, even sharing specific flights with others. That likely will reduce the total number of aircraft flying, but will increase the hours flown per aircraft per year, and result in a net increase in the annual total fleet hours.

The pillars of sustainability often are expressed as “people, planet, and profits.” Full-scale industry adoption of these steps depends not entirely on technology nor regulations, but on a clear and widespread recognition of the value of sustainability – over profit – to current and future generations of business aircraft users, as well as to the planet. BAA 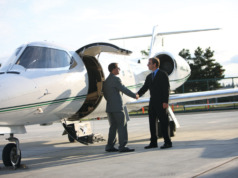 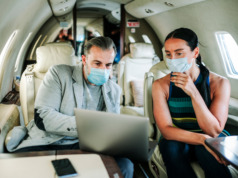