Home Industry Update To ADS-B or Not To -B 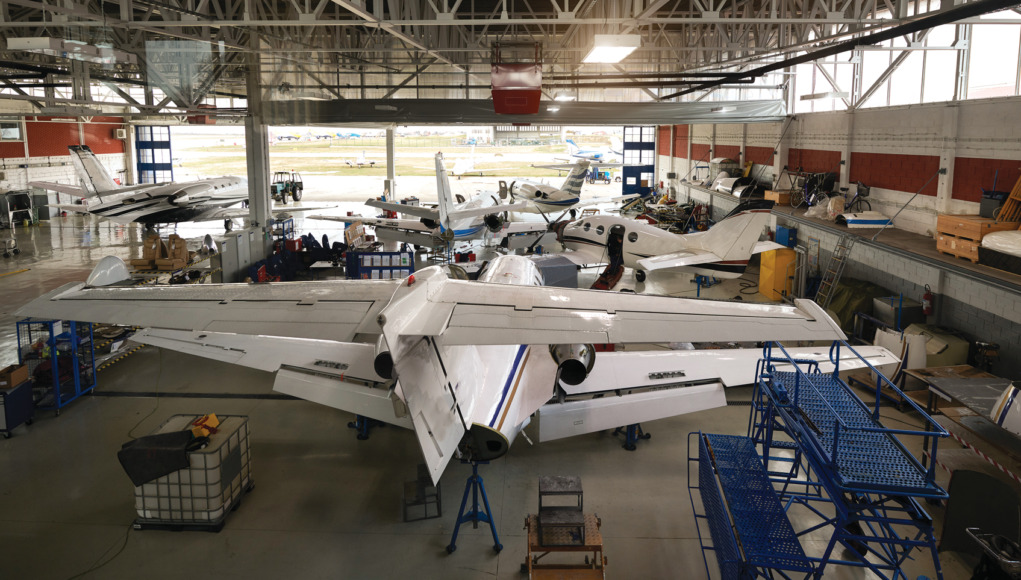 In a year that is already witness to the longest-ever shutdown of vital agencies of the U.S. federal government, and the very real potential for a “no-deal” Brexit, 2019 will almost certainly be remembered as a year of living dangerously – a year of self-inflicted wounds that even Hamlet would consider newsworthy.

Across the business aviation industry, the potential for further injury lies in the hands of a broad spectrum of general aviation aircraft owners and operators who are facing a wall that is not built of concrete or steel but rather of a more formidable material – that is,  regulatory paperwork.

More than eleven years have passed since the U.S. Federal Aviation Administration published a Notice of Proposed Rulemaking regarding its Automatic Dependent Surveillance-Broadcast Out (ADS-B Out) proposal. With the final rule issued in August 2010, the Federal Aviation Regulation (FAR) outlining the rule changes for transponder-equipped aircraft is a major building block towards enhanced safety, efficiency, and productivity in the air. The modernization of the National Airspace System (NAS), a program known as NextGen, set to launch in 2025, involves a transition from ground-based radar to satellite-based GPS signaling, and is the first major upgrade to the NAS since 1993.

Aircraft owners and operators currently ADS-B Out equipped already are reaping the benefits. For others planning to fly in Instrument Flight Rules (IFR) airspace, which includes Class A airspace above 18,000 feet as well as Classes B and C airspace around high and medium-trafficked airports, on or after January 1, 2020, it’s imperative to take prompt action to schedule the necessary equipment installation and ensure operational compliance, to avoid being unnecessarily grounded (See “Time Flies – Will Your Aircraft?” BAA January/February 2018).

With so many priorities competing for our attention, deadlines are surely helpful, especially when they don’t move. With hopes that the U.S. federal government’s partial shutdown will not be repeated, the good folks who manage the FAA are getting back to work to once again ensure aviation safety and security, and a return to normalcy across the vast NAS.

Fortunately, the FAA Registry in Oklahoma City is deemed essential and remained open, enabling most aircraft registrations, renewals, and other critical registry functions to continue. But the FAA Aeronautical Central Counsel office was not, meaning no legal opinions could be rendered on registrations involving certain trusts and LLCs or other complex ownership structures. That closure created a backlog on some more intricate transactions, which still are being sorted out. The National Business Aviation Association is monitoring possible future effects, and up-to-date information is available on the NBAA website.

Despite any resulting long term issues, it is unlikely that the FAA will extend the midnight deadline on December 31, 2019 for the implementation of its ADS-B Out rules, and the vast majority of aircraft owners/operators recently polled would seem to agree. Fully 84% of the more than 500 respondents to the Q4 2018 JETNET iQ Global Business Aviation Survey, representing owners/operators of fixed-wing turbine powered business aircraft in 60 countries, agreed with the statement that all of their aircraft would be ADS-B Out compliant by December 31, 2019.

Among U.S. and Canadian respondents, expectations for ADS-B Out compliance by year-end 2019 were even higher at 87%. While this sounds encouraging, it is important to note that 6% of Q4 2018 survey respondents “strongly disagreed” with the statement, while 4% “somewhat disagreed,” and another 6% were “uncertain” or “did not know.” With an estimated 13,500 unique operators of fixed wing turbine aircraft on the U.S. registry, it is almost certain that a sizable fleet – perhaps as many as 2,000 aircraft and quite possibly even more – will not meet the deadline.  To put the numbers in some perspective, this is about 50% larger than the number of in-operation aircraft in Mexico, the world’s second-largest fleet.

For owners and operators who either are unprepared for the deadline or expecting to sell their aircraft to avoid the upgrade expense and hassle, this could be shaping up to be a self-inflicted wound of historic proportions. While there may be a ready secondary market for non-compliant aircraft, sellers almost certainly will be unimpressed with the price or terms they are offered by bargain-seekers. With vast swaths of the world already or soon to be ADS-B Out ready, buyers naturally will be reticent to take possession of an aircraft that is not equipped to fly in IFR airspace.

According to the most recent available report from the FAA’s Equip 2020 Partnership Team, as of November 1, 2018, 48% of the U.S. turbojet and turboprop general aviation fleet of 23,300 aircraft was ADS-B Out compliant. At a rate of almost 500 newly compliant aircraft in October 2018, the Equip 2020 Team projects that the U.S. fleet will be between 82% and 100% compliant as of the looming deadline.

But with more than 12,000 aircraft – or 52% of the U.S. fleet – still non-compliant as of November 1, the rate of compliance will have to accelerate by 75% and be sustained for the rest of the year over the most recent performance to reach a 100% target.

With Maintenance, Repair and Overhaul (MRO) facilities’ capacity already heavily booked through 2019, the time to schedule shop visits and get in line ahead of the regulatory deadline is rapidly closing as the clock ticks towards the deadline.

Business aircraft charter and leasing services across the U.S. are anticipating a spike in demand for their services to provide interim lift while aircraft are worked on well past the deadline. Some charter operators may have a challenge meeting that increased demand, with a percentage of the charter fleet also experiencing ADS-B Out installation delays.

All this means that a “business as usual in 2019” approach to planning won’t work for aircraft owners and charter users.

In the U.S., the looming ADS-B Out mandate should not be seen as a line in the sand, a moveable “deadline” in a dare/double-dare game of one-upmanship.  This is smart policy, long ago considered and communicated, that is part of the foundation for a better and vastly more efficient air navigation system, both in the U.S. and across the globe. The dysfunctional federal governments that are headline-grabbing today are in sharp contrast to the carefully considered, meticulously planned, and multi-partisan legislative processes that have generated NextGen and Future Air Navigation Systems (FANS) legislation.

It’s about time we bring it on, and it’s about time to be ready for – and be compliant with – the better way to collectively manage our airspace. Don’t wait – don’t be late. BAA