For all the ease offered by business aircraft travel, one frustrating and pedestrian problem remains. You still have to get to the airport. Depending on your location, that could mean a trip longer than your flight. According to a recent study by the analytics firm INRIX, Los Angeles and New York are the two U.S. cities with the worst traffic in the nation. Moscow, São Paulo, London, and Paris are in the world’s top ten.

In fact, according to a United Nations study, by mid-century there will be 9.7 billion people in the world, 70 percent of whom will live in cities. During the same period, the global economy is expected to triple in size, likely doubling road and rail travel, according to the Organization for Economic Co-operation and Development.

This study reports that, on average, Americans spend 91 hours a year looking at other cars in front of us. With infrastructure problems, roads clogged with more cars and ride-sharing companies, we seem to be destined to slog it on the ground for a long time to come. Travel to and from the airport to board your business jet will only get tougher.

While helicopter service long has been available from major urban centers, helicopters are expensive, slow, and have a questionable environmental footprint.

Fortunately a number of aviation companies, ranging from established OEMs to innovative start-ups, are working to make the long-held fantasy of “flying over the traffic” an affordable reality – with the emphasis on “affordable.” Enter the “VTOL”: Vertical Takeoff and Landing Aircraft that are fast, efficient, and almost ready for market.

Military jet VTOLs, capable of ascending straight up from aircraft carriers and limited ground landing areas before converting to horizontal flight, have been in service for decades. The civilian VTOLs currently under development will offer the same vertical takeoff capability, with horizontal cruise speeds and passenger cabin configuration, size, and comfort, comparable to light business jets.

Since VTOLs do not have to operate from airports, no new concrete needs to be poured.  They can operate from already available heliports or from new landing spots that take up only a few hundred square feet, like an office parking lot or open field. The VTOL offers business jet owners and users accessibility to fast and efficient air transportation between and among urban and suburban population centers, with the comfort and convenience of a limousine.

You’ve likely heard claims that all-electric, autonomous robot VTOLs will provide lift across major cities. But batteries today are not powerful and light enough, so the likelihood of public and government acceptance of pilot-less electric flying machines is a long way off. VTOLs with jet engines or hybrid-electric powerplants, with human pilots at the controls, will rule in the near- and mid-terms.

VTOL fleet operators plan to establish midtown to midtown commuter airline-type service between city pairs like Boston/New York and San Francisco/Los Angeles by early 2024, for a projected cost of approximately $300. You’ll be able to charter a VTOL to avoid  ground traffic snarls and add productive hours to your workdays. For added privacy and security, you’ll be able to purchase a VTOL for your own use.

VTOLs also will take some cars off congested roads, reducing pollution around airports. Ultimately, the value proposition for VTOLs will be how they navigate the changing forces of aviation mobility. Acceptance of the new forms of transportation will need to come from, and be encouraged by, all stakeholders, from aircraft manufacturers to regulatory agencies to seasoned BizAv users. The future of short hop, inter-city business travel once again is looking up – to the skies. BAA 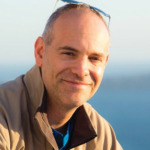 Andrew Schmertz is the CEO of Hopscotch Air and is a former business journalist, including anchor of the Business Week television show. He advises Transcend Air on its city-to-city VTOL aircraft program.