Home Flight Operations Houston Hosts One for the Ages 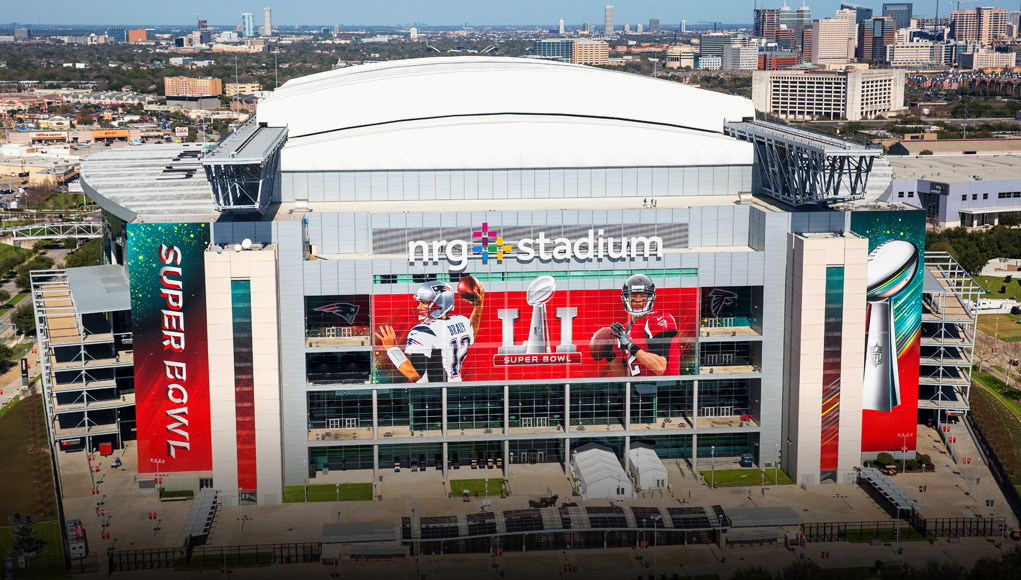 It wasn’t until the second half of Super Bowl LI that the battle really began. By then, many of you may have already left Houston’s NRG Stadium for the FBO, hoping to avoid the road traffic heading for the airports when the stadium emptied.

It seemed like a good move at the time. The Houston Airport System reported more than 2,366 arrivals and departures among Hobby, Ellington, and Bush International Airports between Thursday and Monday. The other eleven regional airports reported an additional 1,456 movements by aircraft carrying Super Bowl fans during the course of the week.

Argus International reported similar numbers in its TRAQPak report, including 273 arrivals on Super Sunday alone, bringing to 500 the total number of aircraft on the ground at game time. Houston saw a 17% increase in corporate air traffic for Super Bowl LI compared to the 2016 game in San Jose.

It turned out that there was no rush, thanks to the first overtime in Super Bowl history.

But whether or not you left early, it was smooth sailing once you arrived at the FBO.

And thanks to the advanced preparations made by aircraft manufacturers and service providers in Houston, your aircraft and crew were ready to depart when regulation time expired – even if you’d encountered any maintenance issues en route to Houston.

Maybe the NFL needed an extra 3 minutes, 58 seconds to crown a Super Bowl victor. But your aviation service providers didn’t need any extra time to make sure that your aircraft and crew were ready to go when you were.

Janine Ianarelli, President of Par Avion Ltd., was on site in Houston during Super Bowl, and spent time with various support groups. Her notes and observations are included in the wrap-up below, which describes how the action unfolded off the field during Super Bowl LI weekend in Houston:

The Bombardier mobile response units were manned by two technicians each from February 3-6. Equipped with state-of-the-art diagnostic tools supporting Learjet, Challenger, and Global aircraft, these Field Service Representatives were called on to perform a very few unscheduled maintenance events, including repairing a windshield and verifying brake accumulators.

Gama Aviation increased its AOG peak period support in preparation for the large wave of business jets arriving in Houston for Super Bowl LI, including their managed fleet aircraft as well as drop-in maintenance customers.

Gulfstream had a significant team in place to support Gulfstream operators in Houston during Super Bowl week. The tractor-trailer that is part of Gulfstream’s Field and Airborne Support Team (FAST) was positioned at Jet Aviation’s Hobby Airport FBO. This specially equipped 74-foot vehicle was staffed with four technicians, and is equipped with enough parts and tools to help multiple customers simultaneously.

There was a second custom-outfitted FAST truck positioned at nearby Sugar Land Regional Airport, and an equipped van located at Ellington Airport in Houston. Each vehicle was staffed with two qualified Gulfstream technicians.

Honeywell had Avionics and Mechanical Technical Support Engineers (TSE) standing by in the event they were needed to support any AOG service requirements during Super Bowl week. Additionally, Honeywell made preparations to ensure that a stock of commonly used parts was on-hand and reserved in anticipation of any possible needs.

Its Aerospace Remote Connect tool was also available to diagnose an issue securely and to determine if dispatching one of the local TSEs for on-site support was needed.

Jet Aviation successfully handled the surge of VIP customers who arrived at its FBO at Hobby Airport to attend Super Bowl LI. It handled 106 movements over the course of 4 days, with aircraft staged on three ramps in front of runways SER 1 and 2. Jet Aviation drew eight additional support staff from its other bases to help serve Super Bowl-arriving aircraft, and provided complimentary catering and NFL-themed gift bags in its FBO lobby, as well as the opportunity to win raffle prizes. (RAMP PHOTO)

Fractional share company NetJets transported hundreds of its share owners and Marquis Card holders to and from Houston for Super Bowl LI smoothly and without interruption. The company scheduled more than 300 flights into and out of the region. Share owners and their guests arrived and departed from an exclusive NetJets reception facility at the Signature FBO at Ellington Airport (KEFD), a public airport located southeast of downtown Houston.

NetJets created a private hospitality lounge on-site, equipped with a bar, catering, and televisions. More than 50 NetJets operations coordinators posted there ensured that everything from IT, to scheduling, to flight operations, to ground transportation, was seamless. Owners who attended Super Bowl LI avoided air-to-ground-to-air transition delays via NetJets’ “airport within an airport” facility at Signature Flight EFD.

Owners and operators of P&WC-powered aircraft also experienced no maintenance delays while attending Super Bowl LI, as the on-site team had no requests for service.

P&WC fielded a strong customer support team in Houston for this year’s Super Bowl including:

P&WC has the world’s largest worldwide service network and most experienced service experts in the business ready to serve its business aviation customers at Super Bowl and other special events with significant turbine aircraft traffic.

Guests and flight crews from all over the country were welcomed with a full catered buffet and refreshments during their stay at the FBO. Pilots and cabin crew members from more than seventy aircraft watched the game in the Executive and Crew Lounges.

Rolls-Royce prepared for the surge in business aviation traffic experienced by Super Bowl host cities, and Houston was no different. It was there and ready to support owners during Super Bowl week should any maintenance issue have arisen, but thanks to the operational reliability of its turbine engines, Rolls-Royce experienced no service calls from aircraft visiting Houston for the game.

Rolls-Royce Customer Manager John Marsh was in the area as the owner/operator focal point for all engine-related issues. Assisting John were members of the Rolls-Royce On-Wing Care maintenance organization.

Additionally, as part of the Textron Air Response Service, U.S.-based support aircraft were available to rush parts and technicians in response to AOG situations to keep Textron Aviation owners and operators in the air.