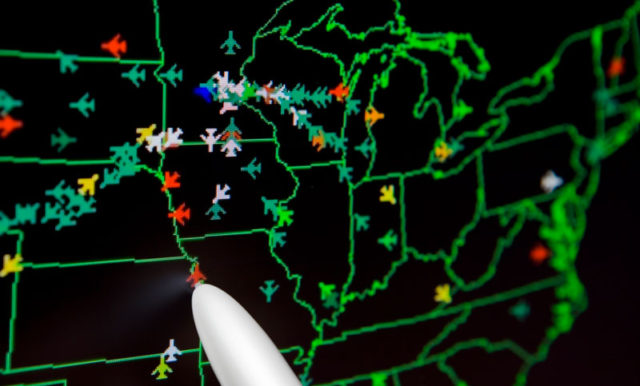 Your ability to use your aircraft to travel efficiently and cost effectively is under threat from a very serious effort by the airlines and Trump Administration to establish a user-fee funded, privatized air traffic control system. The House of Representatives will vote on this proposal in mid-July, making it urgent that you immediately contact your Congressmen and Senators in opposition. Proponents of privatization will say anything in order to convince lawmakers to support their proposal. Just a few keystrokes through NATA’s Legislative Action Center lets policymakers on Capitol Hill know you have joined NATA and the other major general aviation associations – including AOPA, EAA, GAMA, HAI, and NBAA – in opposing a proposal that “will produce uncertainty and unintended consequences without achieving the desired outcomes.”

On June 27th, the House Transportation and Infrastructure Committee approved H.R.2997, the 21st Century AIRR Act, which creates a user-fee funded air traffic control corporation. The bill passed by a vote of 32 to 25, with general aviation pilot Todd Rokita (R-IN) the only Republican to join in opposing the legislation. NATA and other major general aviation associations are united in opposition to the proposal as it continues to represent an unnecessary leap of faith for general aviation and rural America, including risks to stability of the world’s safest air traffic control system.

The Senate Commerce version of the FAA bill, S.1405, the Federal Aviation Administration Act of 2017, approved on June 29th, does not create an air traffic control corporation. Instead, the legislation assists the agency toward a more efficient operating structure including provisions acting on ideas proposed by NATA.
To join NATA’s effort in opposing a proposal that will “produce uncertainty and unintended consequences without achieving the desired outcomes,” visit NATA’s Legislative Action Center and ensure your voice is heard on Capitol Hill.

More details on the myths and facts surrounding Air Traffic Control Corporatization outlining the dangers of this proposal to the aviation business industry can be found on the NATA website.