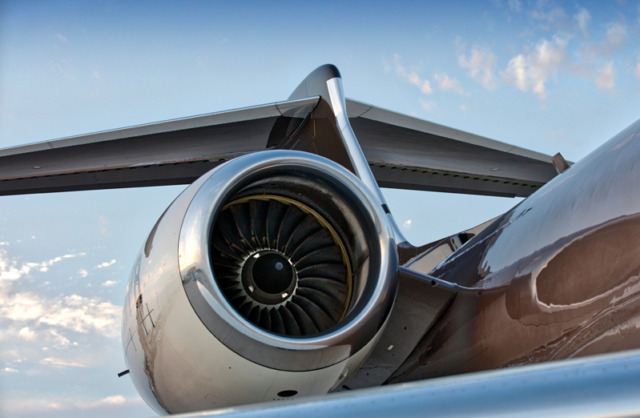 As a business aircraft owner or operator, you may not know exactly which components your engine Hourly Cost Maintenance Program (HCMP) covers. Is it just the aircraft fuselage and actual engine? The nacelle (the aerodynamic engine cowl and its support system)? The nose cowls, cowl doors, and thrust reverser units? Are all line-replaceable units covered? And if so, are there any exclusions for damage such as corrosion?

When an uncovered event occurs, a villain is born – whether it’s the director of maintenance who didn’t budget a $200,000 repair to a thrust reverser unit (TRU), the principal who invited friends for a weekend in Nice but now is faced with a grounded aircraft, or the Original Equipment Manufacturer (OEM) who is happy to address the problem, but will send a costly bill to do so. All parties involved share the pain.

To avoid the financial expense, and decrease the response time required, to alleviate the problem, inform yourself so that you understand the actual coverage of your engine if it is enrolled on an HCMP (a.k.a. “Long Term Service Agreement”). Until recently, engine manufacturers excluded such hardware coverage in their HMCPs, despite having installed the subcontracted assembly built to their own specifications, with the nacelle and thrust reverser manufacturers. Recent changes should have a positive impact on aircraft reliability, asset value, annual budgeting, and your peace of mind.

Rolls-Royce has led the way by introducing its CorporateCare® Enhanced program late last year. Including nacelles for the first time, the program covers all maintenance and troubleshooting on the engine cowls, TRUs, and engine build-up on engines powering numerous aircraft, including the Bombardier Global 5000/6000, Global 5500/6500, and Gulfstream 550, 650, and 650ER. By covering repair and replacement costs, as well as key nacelle-specific service bulletins and spares, reliability of enrolled aircraft is likely to improve.

Rolls-Royce is not alone. GE recently announced that it would now also provide complete engine and nacelle coverage for the new Passport engine on the Bombardier Global 7500.

Why not simply rely on the warranty? Warranties are designed to cover severe defects, or items that break long before their designed useful life ends, causing their financial value to decrease over time. Additionally, warranties generally do not cover engine transportation costs, engine-specific logistics (e.g. an exact pre-specified truck type with a specifically designed suspension) or loaner spare parts while the component is being repaired. Expanded component coverage, which includes nacelles and TRUs, also adds to the asset’s value. The HCMP service coverage ensures that when it’s time to trade or sell the aircraft, its value remains comparable to other aircraft with such coverage. That also enables faster pre-owned transactions due to a decided market preference for aircraft covered by HCMP.

From an operational standpoint, make sure that you have such contingency plans in place when reviewing your aircraft’s annual budget. A new complete nacelle on a large cabin aircraft easily can cost more than $5 million per side, an unwelcome surprise in any fiscal year. A new TRU alone can cost more than $2 million, and unfortunately, an issue discovered on one side of the aircraft often is also found on the other side: a painful doubling of cost. Even if a component can be repaired, a repair scheme on the TRU could be in the $100,000-$200,000 range, per side.

Business aviation commands operational reliability, financial predictability, and asset value optimization, both for your own peace of mind and for a swift aircraft sale in a competitive second-hand market. Expanded HCMP coverage that includes nacelles and thrust reversers can increase your aircraft’s value while concurrently improving its re-marketability. BAA

Anthony Kioussis is president of Asset Insight, LLC, which offers eValues™, an online service providing Current and Residual aircraft valuations. With 40+ years in aviation, he serves on the National Aircraft Finance Association Board of Directors. 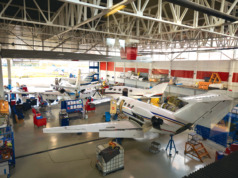 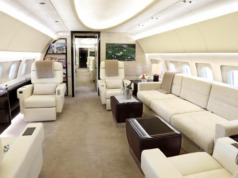 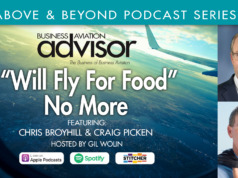