Home Aircraft Sales & Acquisition Parting (Out) Is Such Sweet Sorrow

Parting, whether from relationships or jobs, is a fact of life. In today’s business aviation industry, for a variety of reasons, parting out aircraft (permanently grounding the aircraft and selling off its component parts) is now a much larger part of life. Two major factors are regulatory mandates, and the cost to comply with them. Failure to be aware of and understand these influences almost certainly guarantees that when you do part with your aircraft, you will also depart with less money.

“Airframes and engines face natural hurdles that are not easy, and usually not possible, to overcome,” observed Brad Stancil, Executive Vice President at Holstein Aviation. “The simple fact is that business aircraft truly do have a finite life. At some point, the total hours and number of cycles simply time the aircraft out of operational existence.”

Nevertheless, in most cases, an aircraft reaching the end of its operational life is not the primary reason why that asset needs to go away. The time and cycles remaining on most aircraft can readily translate into a good number of years left in the useful life.

However, business jets and turboprops have two separate and distinct lives: operational and financial. An asset with complete and comprehensive records that has been operated and maintained properly, based in a location not prone to adverse environmental factors, and in a clean, dry hangar, certainly should be able to continue flying. But, at what cost?

This is where the financial life of an aircraft comes into play. As an aircraft reaches its fifteenth birthday, you need to have a plan in place. In fact, it’s a good idea to begin planning for this eventuality on the first day your aircraft is placed into service.

Most models have a big “gotcha” out there somewhere. At some point, X-rays and invasive inspections will drive up maintenance costs. For example, corrosion is much more likely to occur in an older aircraft. A routine maintenance check can make your aircraft obsolete immediately.

There is no “one-size-fits-all” solution for determining when or how to dispose of a business aviation asset. Many external factors, such as IRS rules, generally accepted accounting principles, depreciation schedules, and regulatory requirements, figure into this decision-making process. New regulations often can become the sole deciding factor for not keeping an aircraft in service. ADS-B installation is the latest looming FAA deadline – and has substantial potential to sideline a large number of business aircraft based in the United States as of January 1, 2020. For example, fewer than 60% of the Learjet 31 and 35 fleets currently are equipped to meet that deadline, according to global aviation data service company FlightAware.

When determining if meeting the requirement is economically feasible, an operator must address several questions:

Simply put, at some point continuing to operate an aircraft no longer makes monetary sense. Jeff Ellis, head of sales at Penn Aerospace Solutions, summed the situation succinctly: “When you are faced with having to put more money into the aircraft for maintenance and/or upgrades than the market value of that aircraft, disposal quickly becomes a pretty straightforward business decision. Parting out the aircraft can be a viable and expedient alternative. However, you want to do this at the optimum time – when the individual parts and components are worth the most, and before an expensive inspection. This is a key part of the planning process for owning and operating a business aircraft.”

When to Part Out Your Aircraft

Some owners have the misconception that money spent on recent maintenance or upgrades translates into an average asking price increase when an aircraft is subsequently parted out. In reality, that maintenance event may be the very thing, and perhaps the only thing, which determines the market value. Owners obviously want to obtain the most money for their aircraft. But when parting out an aircraft makes the best financial sense, sellers need to possess a realistic understanding of what determines the current value of that asset.

Marketplace realities have an impact on the value of parts and components removed from an aircraft. Overall, availability heavily influences price. Scarcity can be the order of the day for older aircraft parts, driving prices upward. Plentiful parts will have the opposite effect. Without exception, missing or incomplete histories diminish prices, and have a high potential to make a part legally unsalable. Thus, complete maintenance records are critically important. Keeping a thorough and accurate history is indispensable in obtaining the maximum value when you sell. Finally, component prices are not necessarily influenced by where the maintenance was performed, so long as the facility was qualified and FAA certified.

Parting out an aircraft requires the assumption of substantial potential liability plus incurring significant expense, not the least of which is necessitated by properly removing, cataloging, and tracking the history of every component. This is a time-consuming, complex, and costly process, requiring highly skilled technicians. Additionally, maintaining a valid paper trail regarding the condition of every part is critical.

A separate, but related, subject is the acquisition of an older aircraft. In addition to the factors delineated above, obtaining financing can be a challenge. Michael Cole, Managing Director-Aviation for the Bank OZK Business Aviation Group, elucidated, “We definitely do want to provide financing for qualified clients. However, the age of the aircraft and the length of the loan must total less than 25 years. Second, there needs to be an active secondary market for the aircraft. Third, upgrades must offer as closely as possible a dollar-for-dollar return, which generally rules out older aircraft. Finally, we need to have the ability to remarket the aircraft in a timely manner, should that become necessary.”

The number of aircraft being parted out is not anticipated to diminish. In fact, that number is likely expected to grow, in large part due to regulatory mandates that, from a fiscal perspective, bring an aircraft to the end of its financial life. The key, when deciding to part out an aircraft, is doing so at the optimal time.

The time will come for you and that business aircraft which has served you so faithfully for thousands of hours to go your separate ways. With apologies to William Shakespeare, it is, however, well within your power to make the departure either sweet or sorrowful. BAA 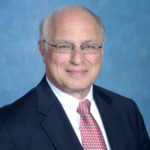