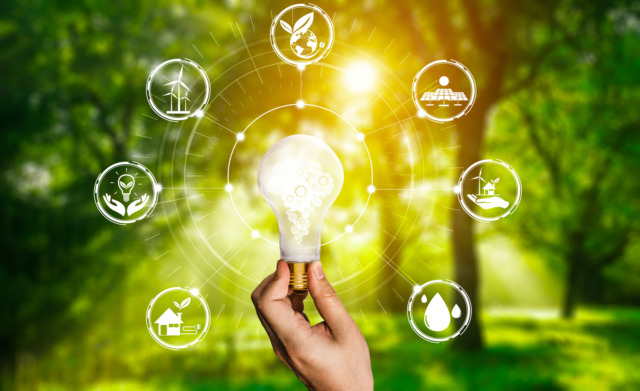 Fifty years ago, in a rare bipartisan effort sparked by grassroots concerns, 20 million Americans – 10% of the population – participated in peaceful demonstrations in support of environmental protection and reform. The first Earth Day celebration, held April 22, 1970, raised public consciousness and concern about our planet, and led to the eventual passage of the EPA, and the Clean Air, Clean Water, and Endangered Species Acts.

The business aviation industry was still in its infancy in 1970, with fewer than 2,800 business turbine aircraft flying. Almost forty years later, more than ten times that number were flying an average of more than 300 hours annually. It was then, in 2009, that the General Aviation Manufacturers Association (GAMA) and the International Business Aviation Council (IBAC) launched the Business Aviation Commitment on Climate Change. Even though business aviation’s global CO2 emissions are only about 2% of all aviation and .04% of global man-made carbon emissions, the commitment is to reduce the industry’s fleetwide carbon footprint by 50% by 2050, relative to 2005. GAMA and IBAC since have been joined in this effort by fifteen other business aviation associations around the world, including NBAA, NATA, and EBAA. From Sustainable Jet Fuel made from feedstock, to aerodynamic improvements, more innovative engineering, and much more, business aviation is taking aggressive steps to become greener.

In support of bizav’s efforts, and in honor of the 50th anniversary of Earth Day, this digital-only issue of Business Aviation Advisor features Autumn Duntz, who tells you how to create a more sustainable aircraft interior, from selecting renewable completion materials to sourcing them locally, in “Comfortably Green.” Rollie Vincent provides an industry update, including new green initiatives, in “The Clarity of 2020 Vision.”

Operating in the “Green” was just one of three key challenges defined during GAMA’s annual 2020 State of the Industry event held February 19, the other two were securing the next generation of aviation talent and adapting to new technology.

While the latter depends on acceptance by FAA and other international aviation authorities over time, Boomer generation retirements are creating a large personnel gap here and now. Our industry faces increased competition for skilled talent, and can no longer rely on a steady feed of pilots and technicians from the military. Commercial airlines compete with us for those same positions, offering long term employment security coupled with a predictable work schedule. For the next generation, the glamor of business aviation pales in comparison.

Fortunately, GAMA, NBAA, and NATA are very aware of these challenges, and are working with your flight departments, management companies, and service providers to stay ahead of the curve. So stay tuned to BAA, in word and in podcast, to keep abreast of those challenges – and the solutions! BAA