Most folks like to deal in round numbers whenever possible. Like, “We’ll be there in a couple of hours…”

As in sports, performance in aviation requires quite a bit more precision, today measured in one-hundredths of a second — except when it comes to new model numbers. There round numbers prevail, like G700, G500/600, Global 7500/8000, and Praetor 500/600 among aircraft, and engines such as Pearl 700 and PW800.

Those new aircraft and motors all were on display at the 59th annual National Business Aviation Association trade show and convention (NBAA-BACE) last month in Las Vegas. More than 25,000 aviation professionals toured about 1,000 exhibits and examined almost 100 aircraft, both new and preowned, on display in the hall and at nearby Henderson Airport.

It was a real “NBAA Jam,” aviation’s version of the arcade game introduced 29 years ago by Midway. Arch rival and friendly competitor teams of airframe and engine manufacturers were going “two on two,” vying for your aviation manager’s attention – and for your next business aviation investment “from downtown!”

More efficient use of natural resources was another major topic of discussion. While Business Aviation produces less than .04% of all worldwide carbon emissions, much of the aviation innovation on display in Las Vegas focused on driving that contribution even lower. Alternative power and fuels – electric aircraft and Sustainable Alternative Fuel (SAF) – were featured in both presentations and exhibits, as well as at the airport’s static display.

That’s understandable, given the industry’s aggressive goal to reduce greenhouse emissions by 50% by 2050. Planes departing Las Vegas, led by manufacturers Gulfstream, Bombardier, Textron, and Embraer, uploaded an estimated 150,000 gallons of SAF for their return flights, thanks to a cooperative effort among the airport, local fuel suppliers, and NBAA. And while the introduction of longer range electric aircraft depends on the development of more powerful batteries, short range Urban Air Mobility (UAM) vehicles flying in and around major metropolitan areas appears just around the corner, via electrically powered vertical takeoff and landing (eVTOL) aircraft.

Such creativity seems to come in batches – and at imprecise intervals. We learned during the NBAA convention in Atlanta – also 29 years ago – that Gulfstream had given the green light to the GV, as Bombardier sought orders for the first iteration of the Global Express, and the Falcon 2000 made its first NBAA appearance.

With this burst of creativity, as always, there’ll be a certain number of winners and losers – products and ideas that will stick and others that won’t fly. So stay tuned, as BAA provides updates on the latest tools at your disposal, designed to make your flying experience safer, more efficient, and more productive. Boomshakalaka! BAA 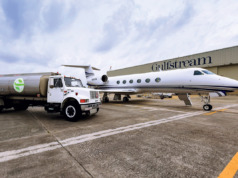 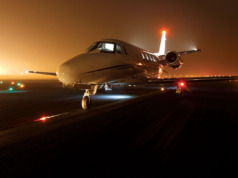 Your Asset on the Line 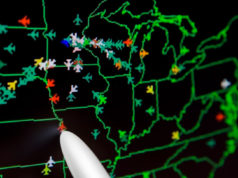