When you operate your aircraft under FAR Part 91 (non-commercial, owner-only flying), and loan it out, with only a very few specific exceptions, money cannot change hands. If it does, you may be participating in illegal charter. (See: “Global Warning,” BAA, Jan/Feb 2020).

Illegal aircraft charter, while not new, recently has gained regulators’ attention, largely due to the proliferation of start-up businesses offering “ride-sharing” aircraft options. Compared with ground ride-sharing services, the complexities of corporate aviation pose vastly different safety and security concerns, according to the FAA. That agency rightly holds that the flight sharing model can place the public at risk.

Owners of non-charter aircraft often dismiss this topic because they “don’t rent out their plane.” But these same owners may field requests from their “inner circle” to borrow their aircraft. The requester usually offers to reimburse all the expenses or maybe to repay the owner by offering their aircraft in the future. Although arranged by two friendly parties in an innocent arrangement, this scenario may represent illegal charter. Why are the FAA and NTSB concerned?

Among other government regulatory agencies, the FAA is charged with operating and auditing the system that ensures the safety of the flying public. They do so by certifying commercial charter operators under Part 135, holding them to an operating standard higher than that of owner-only aircraft, and providing oversight to verify compliance. Specifically, according to the FAA, air charter requires “a higher level of FAA pilot training and certification, aircraft maintenance procedures, and operational safety rules.” In addition, FAA inspectors perform more frequent checks on pilots, crewmembers, and aircraft; and to maintain their FAA certifications, crewmembers are required to undergo regular, more frequent proficiency checks than do owner-only pilots.

While there are many high-quality owner-only operations, by regulation the standard is lower, and the FAA does not provide the same oversight.

Many owners are therefore surprised to learn that by loaning their aircraft to a friend who offers simply to reimburses expenses, that friend is viewed by the FAA as the “flying public” – and subject to its protection.

Liability also is an issue. Every owner likely believes that he or she employs the finest pilots, performs the best maintenance, and owns the safest aircraft in the sky. Should an accident occur, the NTSB may conclude that rigorous safety standards were indeed in place and the accident unavoidable.  But, imagine the nightmare if this was your aircraft, “loaned” to a friend. The law is clear. When your aircraft flies under Part 91, even if you’re not on it, you are responsible. And your insurance may not cover the costs (See “Are You Covered?,” BAA March/April 2020).

The only two ways to legally be absolved of that responsibility is through a dry lease (See “Taxing Leases,” BAA Sept/Oct 2018) or by legally chartering. Absent one of those legal options, you are in violation of Federal regulations and subject to Federal Excise Tax. Avoiding a legal arrangement leaves you subject to very significant fines. The FAA publishes guidelines for legitimate leases in its Advisory Circular AC 91-37B.

The FAA and the NTSB are concerned that there are significant safety risks allowing the public to access aircraft that aren’t subject to rigorous safety standards required in commercial operations. The FAA publishes legal interpretations on peer-to-peer flight sharing, offers guidance for both pilots and passengers, and spells out applicable flight sharing regulations.

Visit the FAA website to stay safe and within the law. BAA 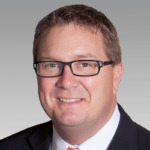 Andy Priester is President/CEO of Priester Aviation. With more than 20 years in aviation, he has held many leadership roles in aviation safety associations, and is past Chairman of the National Air Transportation Association (NATA).