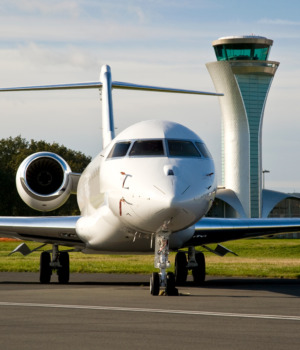 On February 27, Congressman Bill Shuster (R-Pa), Chair of the House Transportation and Infrastructure Committee, finally abandoned his pitch to privatize the U.S. air traffic control system, citing insufficient support. So, kudos to you and others who added their voices to the more than 200 aviation associations who helped defeat this misguided effort.

A curious collection of ATC privatization supporters had taken up the opposing banner, including the Wall Street Journal, in a February editorial entitled “Private Jet-Setters Against Better Air Travel.”

Editorials like the Journal’s attempted to pit those who travel between and among the nation’s 5,000+ airports against those who use only the 514 commercially served airports – by using the word “private” when referring to business jets. Yes, you want privacy when you fly – but also security, both business and personal. That’s because your flying is primarily for business, not pleasure.

The arguments for ATC privatization were specious, at best, and simply a retread of those previously found unacceptable by Congress. One was that privatization would make flying safer. While not perfect, the U.S. air traffic control system is the safest in the world, an achievement made more remarkable by the sheer volume of flights it handles. According to the FAA, that’s more than 87,000 commercial flights daily among the 514 airports with commercial service, plus another 11,000 business jet flights among the other 4,500 U.S. airports with sufficient runway.

That’s not “private” flying. That’s business flying, by executives like you, who answer to your Board of Directors and shareholders for all such aviation expenditures. Shuster and his supporters were attempting to hold business jet users responsible for most aviation woes. That ploy diverts attention from the real problem in air travel – the lack of concrete and gates to support commercial airline traffic.

Delays and discomfort are the two issues that dominate commercial airline traveler complaints, neither of which would have been addressed by ATC privatization. The real cause is twofold: for delays, it’s that lack of space at the airports they do serve, inducing long waits on taxiways on both departures and arrivals; for comfort, it’s the move by most airlines to cram more seat rows into their aircraft, reducing leg room and carry-on luggage space.

The rise in delay and discomfort is fueling business aviation’s growth, driving more corporate travelers to move to business aircraft to meet their air travel requirements via shared flights and charter. So if your aircraft is on a charter certificate, that trend bodes well for your 2018 charter revenue.

Now, the government can focus on those real issues facing our aviation system – and you can continue to fly safely, securely, and productively aboard your business aircraft. BAA