Home Above & Beyond Podcast Solo Inspiration 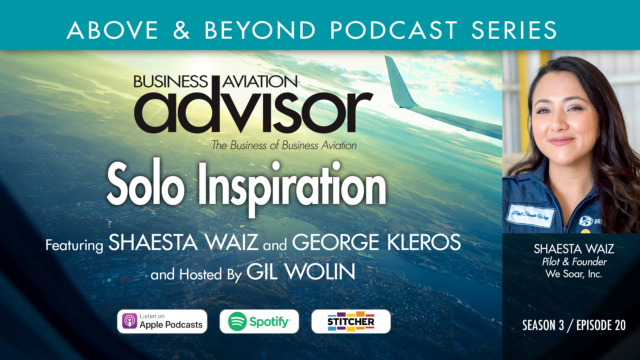 A lot can happen in three years. That’s how long it’s been since Shaesta Waiz became the youngest woman to fly solo around the world in a single-engine aircraft – and that was after becoming the first certified female civilian pilot from Afghanistan!

That 2017 trip has inspired thousands of young women to follow their dreams thanks to Dreams Soar, the nonprofit organization she founded to promote both STEM and aviation careers to young women.

Listen in “Solo Inspiration,” as Shaesta tells the story of how her family’s flight from Afghanistan set the stage for her record-setting around-the-world flight, supported by a broad range of aviation companies – including Jet Support Services, whose Senior Vice President George Kleros provided counsel and support throughout the flight.

When there’s more to be said than space and copy deadlines allow, you can rely on the Business Aviation Advisor Above and Beyond podcast series to get you the information you need, enabling you to make the most of your aviation investments. 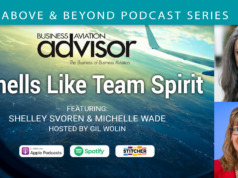 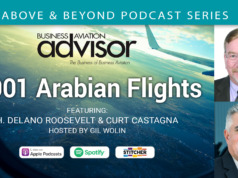 VVIP – More Room At The Top