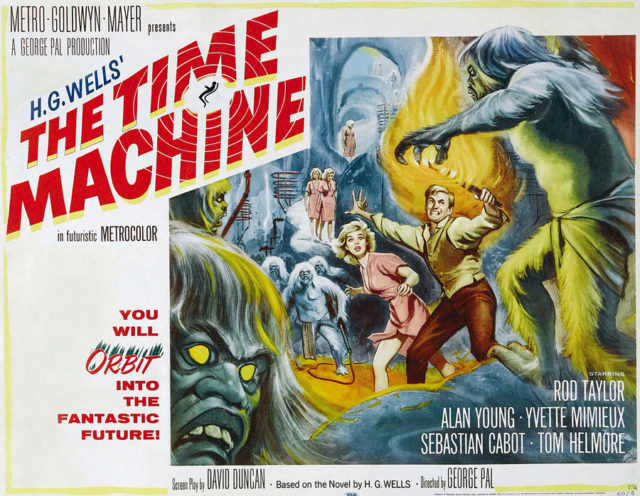 Since my first grammar lesson about verb tenses, I’ve been fascinated with the concept of time. The future becomes the present, and then it’s the past – literally just like THAT!

Reading science fiction fueled this preoccupation. But it was George Pal’s 1958 film version of H.G. Wells’ The Time Machine that really set my mind ablaze. Could time travel really be possible? Alas, no. Each moment passes, to be revisited and reclaimed only in memory.

The awareness that time is the only non-renewable resource is what drives our business and personal lives today. In Walden, Henry David Thoreau nailed it:
“The cost of a thing is the amount of what I will call life which is required to be exchanged for it, immediately or in the long run.”

Something for which the supply is inexhaustible has no value. In market-based economies, the law of supply-and-demand sets the price. The knowledge of the finitude of supply, of the transitory nature of availability – of oil, of beauty, or of life itself – creates value. And nowhere is that more evident than with time.

Saving time is the force motivating the continued growth and success of business aviation today. As an aircraft owner, you seek to make the most of time, given the conflicting demands of business, family, friends, recreation, and service to others.
Today, even an occasional user can gain access to business jet and turboprop transportation, via fractional shares, jet cards, and single trip charter.

These “occasional travelers” may well be driving the renewed surge in business aircraft travel. Argus International reports that North American turbine aircraft charter has seen year-over-year gains every month through July. Total flight activity is flat from 2016, with charter alone up 9.6%, and fractional flight activity up 5.0%. In Europe, business aviation flying is up 3% year-over-year through July, according to Hamburg-based WingX Advance, with transatlantic flights from the U.S. up 2% in July alone.

More people today are saving time via business aircraft, and the commercial airlines are not pleased. They continue to campaign for Air Traffic Control privatization to assert control over the U.S. airways system. (See Washington Report, “Down To the Wire… Again”) And they have raised their game by creating a pseudo-public entity to sell their position to the public. In major markets, you’ll now hear radio commercials which blame the hot, sticky summer airline delays on “private jets” – on you!

Your access to thousands of airports and flight routes is at risk if they succeed. Take a few moments of your valuable time to let your elected officials know that the world’s safest ATC needs to stay just where it is. BAA