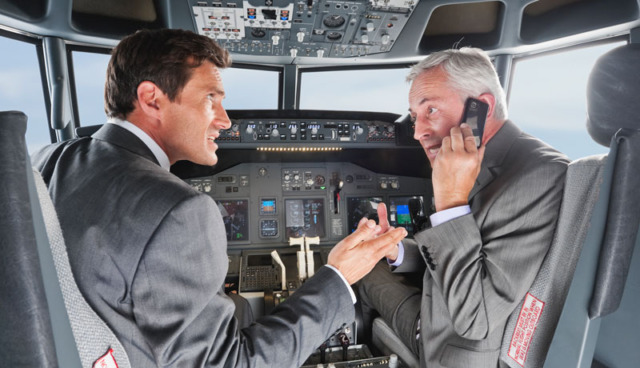 The chartered aircraft had just begun its final approach on its last flight of the day. The autopilot was engaged; the landing gear showed “three in the green” – panel lights indicating that they were down and locked. The aircraft seemed ready, but the middle-aged captain hadn’t heard his young first officer speak the proper cockpit callouts verifying that these last steps were complete before touchdown. That was curious, as the callouts are Standard Operating Procedure.

When the captain turned from the instruments to inquire, he saw the first officer’s head down, focused on his smartphone.

“Tinder,” he replied calmly, and continued his efforts to identify and confirm a date for the evening.

No, this is not a set up for another aviation disaster flick. This really happened. And it underscores the risks you take when you dip your toe in the illegal (“grey”) charter market. Arranging a hook-up instead of focusing on getting the aircraft and its passengers safely on the ground may be due to a pilot’s overdependence on computers to fly the aircraft – or to very poor judgement. Either way, this pilot took a foolish risk.

Chances are, the aircraft owner was not on board this flight, and this wasn’t his regular pilot. That’s because when business aircraft flight and sales activity dropped during the 2008-2010 economic recession, owner flying did too. So did their direct operating costs (fuel, maintenance, etc.). But owners’ fixed operating costs (hangar, flight crew/technicians, insurance, etc.) did not.

Since there still is no government license or certificate required to broker aircraft charters, these “faceless app” brokers set up shop without certification, and without complying with commercial aviation operating regulations.

Those regulations are designed to ensure the safety of, and manage the travel risk for, you, your aircraft, and the charterer.

So don’t take a chance. When you charter, while you might find a “real deal” on a shady broker site, you could wind up flying with a pilot looking for a similar “deal” on Tinder.

Business Aviation Advisor is committed to helping the National Air Transportation Association and other industry groups inform you about the very real safety and tax fraud risks of the grey market. You’ll find the details on how to avoid those risks in our special online report: “Fifteen Shades of Grey Aircraft Charter.” BAA