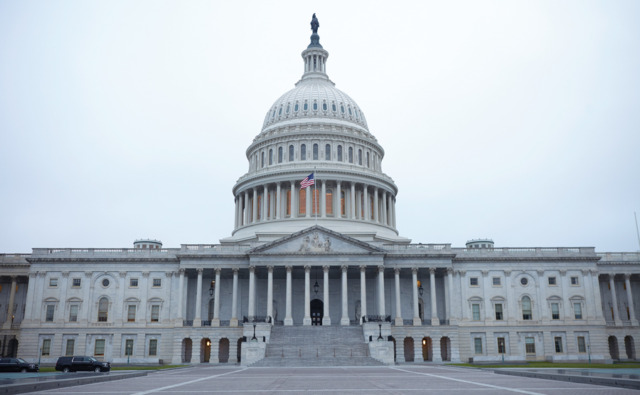 It is impossible to overstate the magnitude of the victory won by the business and general aviation community when Congress passed a five-year FAA reauthorization bill in early October.
That huge legislative win is all the more remarkable because of how unlikely it seemed for so long. For years the chairman of the House Transportation & Infrastructure Committee, Rep. Bill Shuster (R-PA), and the scheduled airlines were pushing a scheme to bulldoze the diverse non-airline segment of the industry by ceding control of the air traffic control system to the airline lobby.

In response to that threat, opponents mobilized a force of business aviation manufacturers, operators, union members, state and local government officials, and dozens of trade associations across the country to speak out opposing Shuster’s plan. That coalition persevered for years, generating thousands of letters, scores of rallies, and a never-ending series of interactions with House and Senate members. The persistence and single-minded focus of opponents finally forced Shuster to drop his ATC privatization plan in order to get a bill enacted before he retired from Congress.
But you know what’s most amazing? Despite the nastiest, most rancorous, politically divisive climate in Washington in decades, 94 percent of all House and Senate members ultimately agreed to do the right thing! They voted overwhelmingly for H.R.302. President Trump (who repeatedly had paid lip service to Shuster’s ATC privatization efforts) signed the measure into law days later.

Passage of the Bill Is Historic

“This is the first time since 1982 that the U.S. government has enacted a five-year FAA reauthorization,” the Aerospace Industries Association and the General Aviation Manufacturers Association noted in a joint statement.

After 35 years of short-term bills, uncertainty, extensions, stops-and-starts, government shutdowns, political bickering, and inertia, FAA and the aviation community finally have a comprehensive five-year plan to guide planning and decision-making. What a concept!

“The new law provides direction, training and tools for the FAA to be able to aggressively implement critical reforms,” which “will help to drive important progress on safety, efficiency, investment, competitiveness and the effective use of taxpayer and industry resources,” AIA and GAMA said.
In addition to keeping the nation’s air traffic control system and management within FAA, and subject to congressional oversight, H.R.302 contains a long list of objectives the industry was seeking.
Aircraft and systems manufacturers are thrilled with provisions streamlining FAA’s certification process. The bill also creates a Safety Oversight and Certification Advisory Committee to collaborate with the industry to improve certification and regulatory processes and establish clear FAA performance objectives and metrics.

The bill provides stable funding for the Airport Improvement Program for five years, a huge help for airport managers dealing with multi-year planning and development cycles. It also reforms the federal Airport Contract Control Tower program and updates outdated cost-benefit criteria, opening the way for contract towers at more airports. Another safety multiplier creates a remote ATC tower program to deploy advanced technologies, including new weather sensors at airports where building and staffing a standard tower is not feasible.

But perhaps the very best thing about H.R.302? It preserves equal access to the world’s safest air traffic control system and the national system of airports for all qualified aircraft operators. ATC privatization would have opened the gates to all sorts of mischief and gamesmanship, to the detriment of business and general aviation.