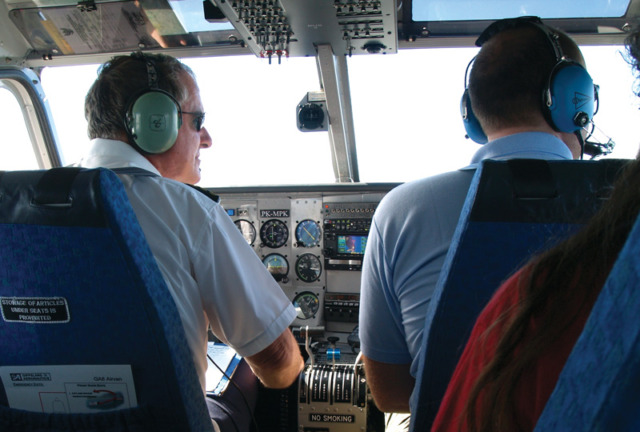 In a world where ride-hailing apps on your smart phone can summon a driver and vehicle from Lyft or Uber in seconds, there may be a temptation to under-value the people behind the wheel because they seem so easily replaceable.

That term is not applicable to the pilots at the controls of your business aircraft.

Ride-hailing services, which require little more than a warm body, a driver’s license, and a car, have millions of potential job applicants to choose from. Pilots responsible for the safety of high-value aircraft and passengers must meet a lengthy and expensive-to-obtain list of training, experience, regulatory and medical requirements… and their numbers are scant. For a variety of reasons, there simply are not enough qualified pilots to go around, and demand for them is rising sharply.

Less than a decade ago, a young person with an FAA commercial pilot’s license and 250 hours of piloting experience was qualified to hire on as an airline first officer. But the price of gaining enough experience to qualify for an airline job got exponentially higher in the wake of the Feb. 12, 2009 crash of a DHC-8-400 turboprop. All 49 persons aboard perished. NTSB’s detailed investigation of that accident, which occurred as Colgan Airways Flight 3407 was on approach to Buffalo, N.Y., revealed numerous training and operational shortcomings.

Spurred by an intense and emotional lobbying effort by the families of the 45 passengers who died, Congress weighed in. One of the most far-reaching consequences was a new requirement that applicants for airline pilot jobs had to have an Air Transport Pilot rating and at least 1,500 hours of total flight time.

The much higher cost ($100,000 and up) to obtain those qualifications drove down the already declining number of new student pilots. With regional airlines then paying new pilots $20,000 to $30,000 per year to start, it was difficult for young pilots to justify the time and expense to log those 1,500 hours.

The large U.S. airlines, which effectively achieved oligopoly status some time ago, are now racking up record revenues and profits year after year. An impressive slice of those profits is being passed on to employees, particularly pilots. As a result, the business aviation community is facing the loss of thousands of experienced pilots who are being lured by the much higher salaries, bonuses, and benefits the expanding airlines are offering.

In order to assess the magnitude of the problem, the National Business Aviation Association commissioned a survey of more than 1,300 business aviation pilots in 2017 to ask about career satisfaction and quality-of-life concerns. The results revealed that more than 50 percent of respondents were actively considering transitioning to airline jobs! That includes 58 percent of pilots working for Fortune 500 companies and a whopping 69 percent of those flying exclusively for Part 135 certificate holders.

The potential to boost one’s salary from 50 to 100 percent is a huge incentive for highly qualified business aviation pilots to consider seeking a job with a scheduled carrier. Nearly as important are the retirement benefits, with some airlines matching their pilots’ 401(k) contributions up to 15 percent of their annual pay. Juicy pension plans, firm schedules a month in advance, and 12-14 guaranteed days off every month are also attractive.

Business aviation managers in all segments of the industry are scrambling to retain current pilots and find replacements for those who decide to leave. But it is going to require some outside-the-box thinking to avert widespread and disruptive personnel dislocations. A paradigm shift in how business aviation pilots are valued is necessary because they really are becoming rarae aves. BAA