Home Washington Report Down To the Wire… Again 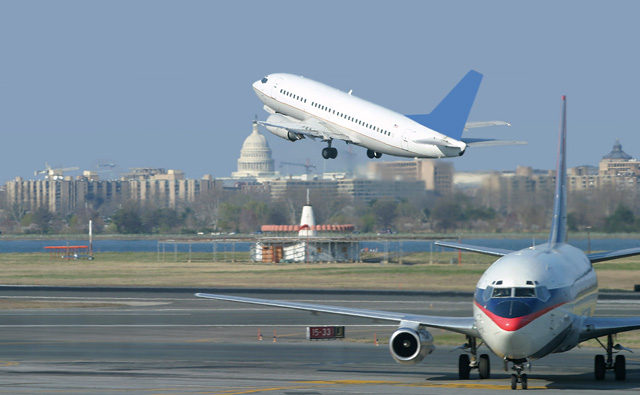 Once again, the largest roadblock to accomplishing the latter is Rep. Bill Shuster’s (R-PA) obsession with handing over the U.S. air traffic control system to a private entity whose board of directors would be dominated by the nation’s largest scheduled airlines.

That’s right, the same carriers who have become infamous for merging themselves into an effective monopoly, bloodying a passenger who refused to give up a confirmed seat, instituting fees on everything but the air in the cabin, banking billions of dollars in profits annually — all while ramping up the canned-sardines misery factor for customers by installing smaller seats and squeezing them ever closer together.

Just like last year, Shuster pushed the latest version of his ATC privatization bill through the House Transportation & Infrastructure Committee, which he chairs. The plan was to bring H.R. 2997 to the House floor in mid-July and ram it through on a party line vote. But when Shuster and his minions began counting votes, they did not have enough to ensure passage, so House leaders refused to schedule debate.

Initially Shuster had hoped President Donald Trump’s backing for ATC privatization would help build Republican support for the bill. But with Trump’s popularity ratings in the polls falling into the low 30s prior to the August recess, many Republicans have been trying to distance themselves from the president on a number of issues.

Eight-term House member Tom Cole (R-OK) posted a July 31 message on his official web site titled: “If The FAA’s Not Broke, Don’t Try To Fix It.” Cole complained a privatized ATC would be removed from Congressional oversight, a change that could have serious consequences in terms of airspace and airport access for general and business aviation.

“It is simply wrong to take billions of dollars’ worth of assets purchased by federal funds and put them in the hands of private interests – a recipe for lost accountability and possible misuse of funds,” Cole said. “The proposed structure of this corporate entity would allow the airline industry to control the makeup of the board of directors. Not only would the proverbial fox watch the hen house, it would also have the authority to set fees and dictate regulatory policy,” he warned.

The counterpart Senate reauthorization bill, which does not include ATC privatization provisions, has not yet made it to the Senate floor. When Congress returned after Labor Day there were only 12 scheduled joint legislative days before the end of the fiscal year…and a whole lot of “must-pass” legislation that has to get done. Given those circumstances it appears likely Congress will end up kicking the FAA reauthorization can down the road yet again, settling for a short-term extension of current FAA programs and funding.

But that does not mean ATC privatization opponents are assuming an extension will happen. They will remain vigilant and continue to enlist congressional supporters who share their deep concerns about a privatized ATC system.

Over the past two years major business and general aviation trade associations have engineered an unprecedented effort to inform and warn about the many negative effects a privatized ATC system would entail. Well over 100 aviation organizations across the country have signed on in support of that position. Their message has resonated with aircraft owners and operators, airport executives, business and political leaders in small and medium-size communities and many others who have gotten the attention and support of their elected representatives.