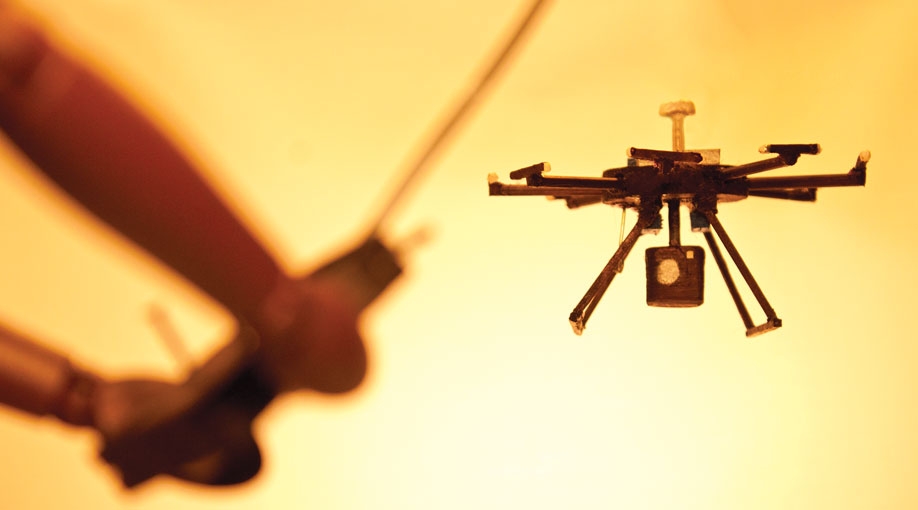 Faced with a locust-like invasion of remotely controlled drones into the National Airspace System, the FAA and Department of Transportation now require buyers of unmanned aerial systems (UAS) to register such devices with the federal government before flying them.

The registration requirement, which became effective on December 20, is a small step toward curbing a worsening problem – the intrusion of drone flights into the flight paths of commercial and private aircraft.

Announcing the formation of a task force in mid-October to develop drone registration recommendations, DOT said “pilot sightings of UAS doubled between 2014 and 2015.” Registering unmanned aircraft “will help build a culture of accountability and responsibility,
especially with new users who have no experience operating in the U.S. aviation system,” said DOT Secretary Anthony Foxx.

Well, that’s a dandy goal, but it should have been established a few years ago when drone sales began to soar. No one seems to have a handle on how many of these devices are already being operated. But there were estimates that as many as one million
new UAS units would be sold during the 2015 holiday season. That’s more than five times the number of registered aircraft in the U.S.

How did the federal government get so far behind the curve on this issue? Well, as we entered the 21st century, high-end drone manufacturers were making billions of dollars selling sophisticated UAS units for a range of military applications.

Those manufacturers reasoned that the surveillance, tracking, and photo reconnaissance capabilities of drones would be highly useful in a wide range of private sector and law enforcement endeavors. So the manufacturers lobbied Congress heavily to get
drone use approved in civilian airspace.

In early 2012, Congress passed legislation telling the FAA to make that happen… by September 30, 2015. The primary thrust of the legislation was on opening up the skies to drones, not on the inherent conflict of having unmanned, remotely controlled
drones sharing the same airspace with passenger-carrying aircraft. And the focus was on commercial users of drones, who would be required to adhere to certain operating restrictions.

But access to precise GPS navigation receivers, powerful lithium batteries, and small but sophisticated cameras led entrepreneurs to develop a universe of UAS with price-points comparable to smart phones. There are scores of different drone models available
in stores and online.

The new registration requirement, albeit years late, is a small step in the right direction. Drone buyers now have to provide their names and home addresses, and obtain a registration certificate from the FAA. Owners must affix their government-issued
registration number to each drone they have. Whenever a registered UAS is being flown, the operator should be prepared to produce the certificate of registration for inspection.

The registration process also requires UAS owners to acknowledge receipt of information on how to safely operate those devices. “Registration will help make sure that operators know the rules and remain accountable to the public for flying their unmanned
aircraft responsibly,” said FAA Administrator Michael Huerta. “When they don’t fly safely, they’ll know there will be consequences.”

Those “consequences” should be a lot tougher than just making an errant operator hand over his drone, because the stakes are enormous. A drone striking the windshield of an aircraft could crack the windscreen and disable a pilot. A drone strike on an
engine could disable the powerplant, or start a fire.

A drone encounter without any contact also could pose serious danger, causing the pilot to make abrupt course changes at a critical phase of flight that could put the airplane on a collision course with other aircraft or terrain.

Even though a quad-copter with a camera looks like a great toy, operators need to realize they could be deadly in the wrong airspace. BAA