Home Washington Report Staying Home Is Not An Option 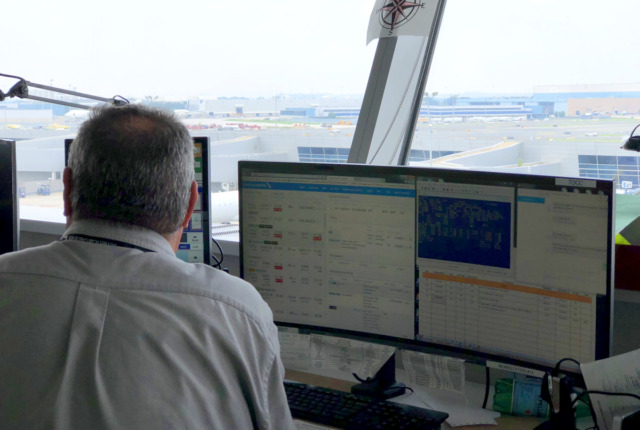 Air transportation is all about moving individuals and goods from one place to another. So while billions of people around the globe try to master working from home during the COVID-19 pandemic, most aviation practitioners aren’t able to perform their jobs while sitting at the kitchen table.

Pilots are the most obvious example – you can’t get off the ground without someone at the controls. But there are scores of other folks who also must leave home and go to work so you can travel safely. You may interact briefly with some of them, such as ground transportation providers, FBO employees, and TSA personnel.

Others, who perform vitally important safety missions, may never cross your mind. At the top of the list are air traffic controllers. Nearly 20,000 work in hundreds of FAA facilities equipped with radar and specialized communication systems, advising and directing the pilots of thousands of flights each day.

FAA’s ATC nerve center is the Air Traffic Control System Command Center (ATCSCC) in Warrenton, VA. A visit to the ATCSCC is a real eye-opener. Displayed on a huge screen on the back wall are all the flights in positive control airspace, as many as 7,000 at once in normal times. The aircraft blips look like huge schools of fish streaming so closely together it is difficult to read the flight IDs and altitudes on the data tags.

Command Center employees are tasked with planning and regulating air traffic flows nationwide to minimize congestion and delays. They work in a dynamic environment that changes by the minute as flight activity fluctuates. Convective weather moving across the map slows operations in busy flight corridors, forcing controllers to revise flight tracks and increase separation distances between aircraft, as adverse weather reduces arrival and departure rates at airports.

Controllers in 22 regional ATC Centers and a variety of smaller facilities and towers at hundreds of airports handle most communication with pilots across the nation.

Keeping all those facilities staffed and operating became more complicated March 17 when a major COVID-19 outbreak erupted among control tower staffers at Chicago’s Midway Airport. FAA was forced to shut down the tower for a week and transfer traffic management responsibilities to nearby facilities. Midway’s ATC employees were quarantined and the facility underwent a rigorous sanitation protocol to eliminate any trace of the virus.

Since then, the number of FAA ATC facilities affected has climbed relentlessly – from 35 in early April to more than 80 in July. By August 20, FAA’s listing of “facilities affected” by suspected exposure or confirmed COVID-19 cases since March had risen to 134. Included were 16 of the agency’s 22 regional ATC Centers and more than 100 TRACONs, towers, and other operating units. Many facilities have experienced repeat occurrences of the virus.

Keeping the world’s largest and most complex air traffic control system operating 24/7/365 is challenging enough in the best of times. Doing so while ratcheting up sanitation schedules, trying to keep employees socially distanced, and shifting schedules and work assignments for those who may have been exposed to COVID-19 is even tougher.

Despite the virus-related obstacles in FAA facilities, there has been little apparent impact on flight operations. The fact most passenger airlines have curtailed two-thirds of regular schedules obviously helps account for the lack of delays.

Still, FAA’s highly skilled and dedicated workforce deserves major props for showing up three shifts a day during a pandemic to keep the ATC system humming. All of them are essential employees. BAA