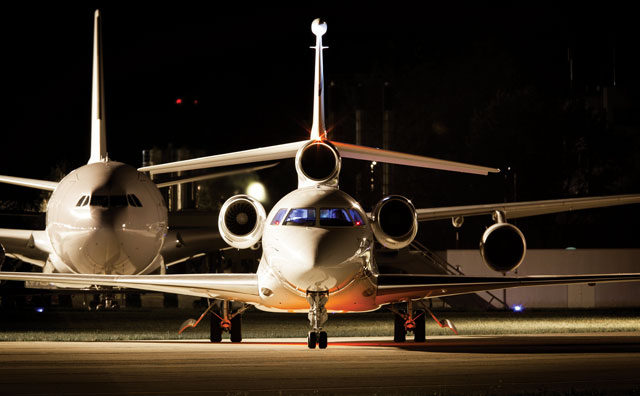 After nine months of behind-the-scenes horse-trading, Rep. Bill Shuster (R-PA), chairman of the House Transportation & Infrastructure Committee, on Feb. 3 introduced his “transformational” legislation to remove the nation’s air traffic control system from FAA and hand it to a private corporation. As detailed in the 273 pages of H.R. 4441, the Aviation, Innovation, Reform and Reauthorization Act (AIRR) of 2016, the new ATC Corporation would be governed by an 11-member board.

In designating who could nominate members to that board, Shuster pre-selected winners and losers. The biggest winner is Airlines for America (A4A), the lobbying organization for major U.S. airlines, which would get four seats on the ATC Corp. board.

Another winner is the National Air Traffic Controllers Association, which would get to pick one board member, and apparently received assurances that the new ATC Corp. would be adding more controller jobs.

The CEO of the new corporation also would serve on the board. So, if the big airlines and the controllers union could get the CEO to vote with them, they would have six votes – and a majority – on any issue. Not surprisingly, A4A and NATCA leaders were among the first to embrace Shuster’s bill.

Commercial air charter flights conducted under Part 135 did not get such an exemption. In fact, commercial business aviation users and operators are in the bulls-eye for any ATC charges the new corporation might levy.

The Aircraft Electronics Association was “extremely displeased,” warning of “unforeseen transition costs and increased operational costs.”AEA President Paula Derks labeled the ATC privatization effort “a power play by the airlines to dictate what fees the general aviation industry will pay in the future.”

National Business Aviation Association President and CEO Ed Bolen said the ATC privatization scheme “is modeled on foreign systems that can be – and in many cases have been – harmful to general aviation, including business aviation.”

Bolen said NBAA “believes that the public airspace belongs to the public, and should be run for the public’s interest. Putting our nation’s ATC system beyond the reach of elected officials has the potential to not only harm general aviation, but also stifle innovation and new competition.”

The National Air Transportation Association cannot support the privatization proposal in H.R. 4441, said President and CEO Thomas Hendricks. He reaffirmed NATA’s opposition to “leap of faith proposals that place the fate of any segment of general aviation – in this case the air charter community – in the hands of a yet-to-be determined board of directors – especially given the fact that this segment of general aviation is denied a voice in the corporation’s governance.”

Hendricks warned, “A user-fee-funded ATC corporation, controlled in perpetuity by a board of industry insiders, will place general aviation in constant peril, starve rural America of access to cutting-edge technology, and saddle the traveling public with ever increasing fees.”

Delta Air Lines, a long-time member of A4A, is terminating its membership in that organization, in part because of differences over the ATC privatization issue. In addition to its worldwide scheduled airline service, Delta owns Delta Private Jets, a provider of business jet charter and aircraft management services.

In a statement issued just two days before Shuster released H.R. 4441, Delta warned “air travelers could be on the hook for 20-29 percent higher costs if the U.S. moves to a private ATC organization funded through user fees. Nations that have privatized ATC have seen operational costs increase at a much higher rate than has been seen in the U.S. under the FAA.” BAA