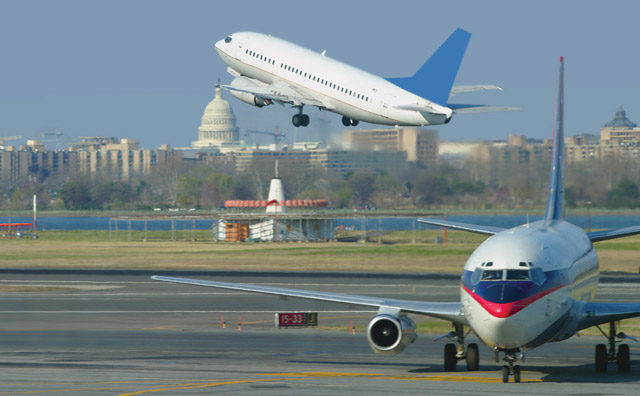 Wow, we have a businessman and long-time business aircraft owner/user as President of the United States. Do you suppose this turn of events is just what the business aviation industry needs to finally extract itself from the still-lingering miasma spawned by the Great Recession?

Well, less than ten days into the Trump Administration, commercial aviation passengers around the world were trying to figure out what effect Trump’s “extreme vetting” executive order would have on them and their families, as hundreds of travelers were stranded. The widespread backlash over the new passenger vetting requirements – implemented with almost no notice – touched off angry protests and drew widespread condemnation. Decisions by federal courts soon forced the Trump Administration to suspend implementation.

This appeared to be primarily an airline passenger problem initially. But it also could cause uncertainty and delays for business aviation travelers. In addition, the U.S. action could cause some governments to retaliate by changing long-standing and carefully crafted immigration, customs, and pre-clearance agreements with the U.S. That could pose new hurdles for business aviation operations and travelers on flights outside this country.

The episode suggests many segments of the economy could be in for turbulent times if the Trump Administration continues to make top-down decisions without industry consultation or regard for the consequences.

Another area being nervously watched by business aviation advocates is where the Trump Administration comes down on adoption of long-term FAA reauthorization legislation. Last year Congress was once again unable to resolve differences between House and Senate bills, resulting in yet another short-term extension of FAA’s authorization. That extension is scheduled to expire at the end of the fiscal year, September 30.

Will Congress decide to maintain the status quo, keeping FAA part of the Department of Transportation and funded by a combination of ticket and fuel taxes and general fund appropriations? Or will it opt for the controversial alternative pushed by House Transportation and Infrastructure Committee Chairman Bill Shuster (R-PA)? His plan would privatize the U.S. air traffic control system and have it governed by an 11-member board of directors – dominated by the airlines – and funded by user fees.

The high stakes in this debate had NBAA President Ed Bolen on the road in January, meeting with regional business aviation organizations based in Chicago, Colorado, and California. He implored members of those groups to oppose ATC privatization, and to urge their congressional representatives to retain the current governance and funding system for FAA.

Another concern if the Shuster legislation is enacted into law: the massive complexities inherent in unraveling 65 percent of a government agency that’s been in business since 1958, and reinventing the ATC segment as a privatized entity. It would be a Herculean task, distracting FAA leaders and employees for years.

What FAA really needs is rapid enactment of a five-year reauthorization bill that retains the agency’s current structure. That would enable FAA leaders and employees to stay focused on what should be their top priority: implementing the first phase of the NextGen ATC modernization program.

But in a February 9 meeting with U.S. airline and airport officials, Trump was critical of the NextGen program, describing it as over-budget and behind schedule. Disparaging the current system as obsolete, Trump promised changes, but did not provide any specifics.