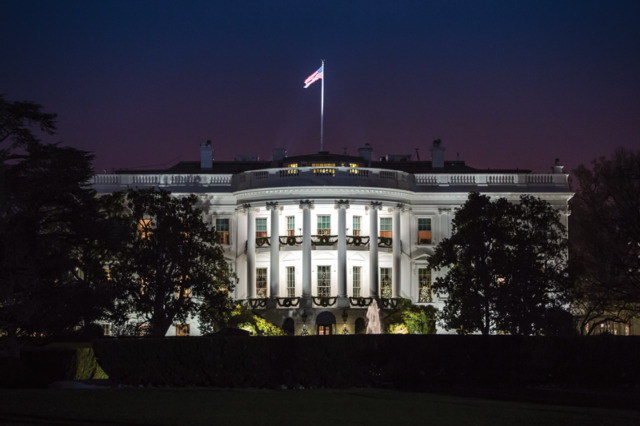 Donald Trump on the campaign trail touted his success in the business world, and his desire to “Make America Great Again.” But his unconventional management style and always-subject-to-change decision-making is causing headaches and confusion for businesses across the country.

Following passage of major tax overhaul legislation and adoption of an omnibus federal spending bill it seemed – for a month or so – that the national economy was poised for a robust continuation of strong growth and rising profits.

But then, Trump began tweeting and talking about his plans to impose tariffs on steel and aluminum imported from other nations. The prospect of trade wars with major trading partners is generating fear and anxiety across the land as owners of businesses large and small worry about how U.S.-imposed tariffs will boost the cost of their foreign imports and jack up the prices charged for “Made in America” goods sold overseas.

Trump started sounding off about tariffs just a few weeks before the annual Asian Business Aviation Conference & Exhibition (ABACE) in Shanghai. There were 30 aircraft on display and the April 17-19 event attracted nearly 200 exhibitors. But it is challenging to keep a conversation with potential customers focused on how great the product is when everyone is mentally calculating the amount of the tariff it may carry.

And that budget deal funding agencies through the end of the fiscal year? Within weeks of signing the legislation, Trump was complaining about many of its provisions and threatening to claw back billions of dollars from a range of programs he considers non-essential or wasteful. Attempting to actually do so will provoke intense opposition from Democrats, and consternation from Republicans who are weary of seeing Trump change his mind about something after a deal has been agreed to and legislation signed.

Getting the tax and budget bills enacted should have been a demarcation point for the business community, providing a new road map and some certainty about government spending and tax policy. For the nation’s chief executive to quickly begin signaling a change of mind is counterproductive, and indicative of someone who does not appreciate the country’s need for clear economic direction and due process.

Trump also is making it difficult for the business community to interact with his administration because so many key positions remain vacant. That is certainly true at FAA, where former Administrator Michael Huerta stepped down Jan. 6 when his five-year term expired. As of late April, Trump had not nominated anyone to succeed Huerta.

The thousands of dedicated FAA employees know their jobs and will keep performing them. But in every organization, the work force wants to know who is in charge long term.

It is also important for FAA’s top executive to maintain an ongoing dialogue with aviation industry leaders. But Dan Elwell, who was confirmed as deputy administrator last year, has kept a remarkably low profile as the acting administrator.

That may be a prudent course for someone who many in the industry believe will eventually be nominated for the post of FAA Administrator (see “New Leadership for FAA,” BAA Jan/Feb 2018). Why run the risk of saying something controversial that might upset Trump or generate opposition during the Senate confirmation process?

As a result of Trump’s inaction, the top post at FAA – like hundreds of other senior slots at agencies across the government – remains unfilled. That is a huge disservice – to the employees of those departments, to agency constituents throughout the economy, and to the public at large. Eighteen months after the election, there is no excuse for all those vacancies. BAA