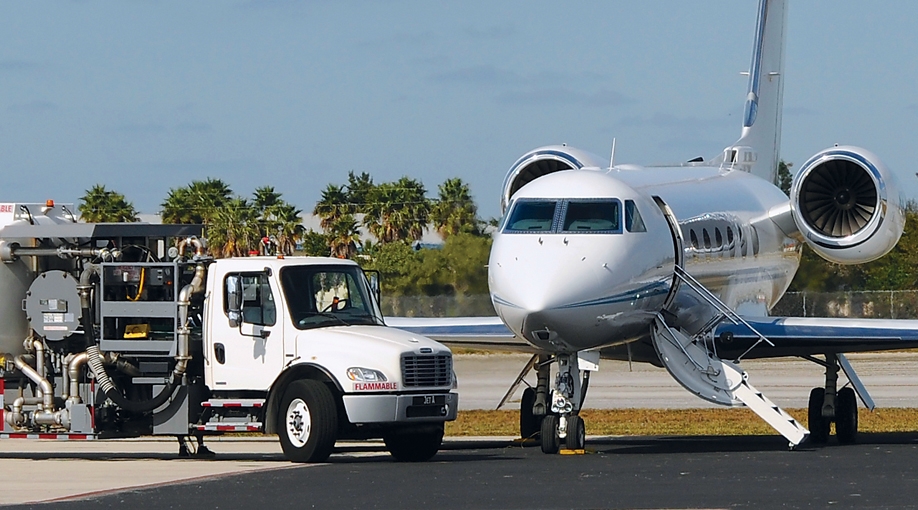 Aviation is one of the most heavily regulated enterprises in the U.S. The Federal Aviation Administration dictates how aircraft are manufactured, tested, and maintained, as well as how pilots and mechanics are trained, and it monitors tens of thousands of flights from takeoff to landing every day.

But when it comes to the price of aviation fuel, most of the decisions are left to the free market — which is why prices vary widely from airport to airport. A recent review of the Aircraft Owners and Pilots Association online fuel price guide showed a nearly $4-per-gallon spread — from $4.27 in Akron, Ohio to $8.19 at San Francisco International Airport — in the posted price of Jet A (the fuel used in turbine aircraft engines).

Part of the reason for big price spreads is competition, or the lack thereof, at many airports. There has been a lot of consolidation in the fixed-base operator (FBO) market during the past 15 years, leaving even some major U.S. airports with only one or two fuel providers.

We talked with a former FBO executive who acknowledged that fuel prices are based in part on “what the market will bear if the demand is there.” But he also pointed out that aviation fuel prices have to be considerably higher than automotive gasoline or diesel because of the cost of doing business at airports — particularly in high-density metropolitan areas where real estate is expensive.

Airport authorities generally impose multiple layers of fees in contracts with FBOs. These might include a flowage fee for every gallon of fuel pumped; a percentage of the FBO’s gross revenues; and a monthly rent payment calculated on the footprint of the FBO’s terminal building, hangars, and the square footage of the ramp area.

In addition, most airports have minimum standards clauses in their contracts, which require FBOs to offer a number of ancillary services, such as aircraft maintenance, avionics repair, or flight training. Typically, those other lines of business have very low margins or even lose money so “fuel has historically been the frontrunner to offset those expenses,” the former FBO executive said. Lease agreements also may require FBOs to operate 18 to 24 hours per day, even if there are very few aircraft arrivals during overnight hours.

The retail price of Jet A also reflects the transportation costs of getting the fuel from the refinery to the airport. The cheapest method is through a pipeline.  Some FBOs without pipeline access can get fuel shipments via barge if they are located near the coast or navigable inland waterways. But for many FBOs, particularly in remote locations, the only — and most expensive option — is having fuel trucked in.

There also is a vast difference in facilities and amenities among FBOs across the country. Some facilities offering relatively low fuel prices might consist of a small terminal, a rest room, and a couple of vending machines for beverages or snacks. At the other end of the spectrum are FBOs in opulent terminals with conference rooms for customers, flight planning offices, catering, restaurants and concierge service.

A few other points about fuel prices. Most FBOs offer discounts from the posted price ranging from 15 or 20 cents up to 50 or 75 cents per gallon for participants in volume discount programs. And while fuel typically represents 20% to 30% of a business jet’s annual operating budget, paying a little more for fuel and top-notch service is worth the convenience of using an airport close to your ultimate destination, minimizing ground travel time and traffic problems.

One other thing to keep in mind: when a business jet is stuck on the ground far from home because severe thunderstorms are approaching, the price of fuel becomes a lot less important than whether the FBO can find room in the hangar to shelter your airplane. BAA